At least two Palestinians have been killed and three others wounded in clashes between Israeli military forces and a group of Palestinian protesters in the occupied West Bank.

Abu Shahin is accused by Israel of fatally shooting an Israeli settler, identified as Danny Gonen, near the illegal Dolev settlement, located 27 militants (17 miles) northwest of al-Quds (Jerusalem), on June 19.

Hundreds of residents in the Qalandia refugee camp hurled stones and Molotov cocktails at Israeli forces, prompting the latter to open fire.

On Saturday, Israeli troops destroyed three houses belonging to Palestinians in the northern West Bank city of Nablus, approximately 49 kilometers (30 miles) north of al-Quds, and the other in the town of Silwad, located 12 kilometers (7.4 miles) northeast of Ramallah.

Also on Monday, Israeli forces arrested seven Palestinians during a series of raids on a number of houses in al-Khalil (Henron), situated 30 kilometers (19 miles) south of al-Quds.

The Israeli forces broke into the homes and rummaged through them, causing excessive property damage before detaining the Palestinians.

Tensions in the occupied territories have dramatically escalated since the Israeli regime’s imposition of restrictions in August on the entry of Palestinian worshipers to the al-Aqsa Mosque compound in East al-Quds.

Palestinians are angry at increasing violence by Israeli settlers at the al-Aqsa Mosque compound and the latter’s attacks on Palestinian properties, saying that the Tel Aviv regime seeks to change the status quo of the compound.

Nearly 90 Palestinians have been killed in the recent escalation of violence since the start of October. 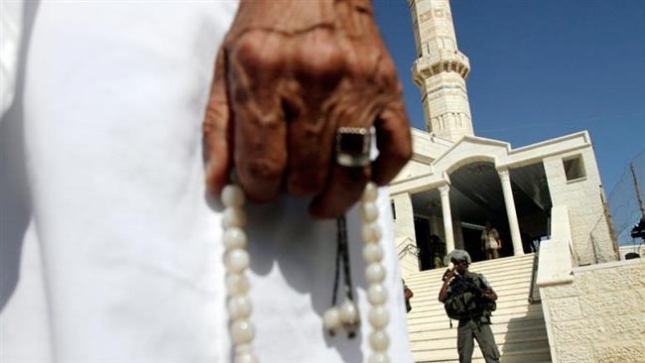