The United States makes itself an accomplice in Israel’s atrocities perpetrated against Palestinians by providing a major chunk of the Zionist regime’s military budget, according to Rich Forer, an author, political commentator and human rights activist.

Forer, who is based in Denver, Colorado, made the remarks in an interview with Press TV on Monday while commenting on a visit by Israeli Prime Minister Benjamin Netanyahu to the United States.

Israel is seeking a large increase in annual military assistance from the United States and has held preliminary talks with the US government on a 10-year package – from 2018 to 2028 – that would provide up to $50 billion.

Under the current agreement that was signed in 2007 and is set to expire in 2017, Israel receives over $3 billion a year in military aid from the United States. That deal was negotiated during the George W. Bush administration.

One of Netanyahu’s main objectives for the trip is to reach an agreement on the new military aid package for Israel worth $5 billion a year, including compensation Israel was supposed to receive following the Iran nuclear deal.

However, according to reports, Obama is not expected to authorize this agreement, instead is granting Israel a billion dollars less.

“If they go up to $4 billion a year, that means the United States’ share of Israel’s defense budget would be almost 35 percent,” Forer said, “that really makes the United States a partner in Israel’s military enterprises, particularly its occupation of the Palestinian people.”

The analyst said “Obama wants Israel to make a fair peace with the Palestinians and Netanyahu completely opposes that, despite any claims to the contrary.”

“Netanyahu has never wanted the Palestinians to have a state. He continually, slowly and incrementally increasing more settlements, expanding the existing settlements, and taking over the Jordan valley, which now has about only 25 percent of the number of Palestinians that lived there 20 years ago,” he said.

“And no one ever comes out and says, ‘Look, Israel is a human rights abuser, it is violating international law. Benjamin Netanyahu is a segregationist and an ethnic cleanser and does not want peace, and he is playing the United States because of the Israel lobby influence in American politics,’” Forer said.

“And he is using that, as well as Israel’s propaganda and the bigotry of Congress, to pretend that Israel is the victim in the Middle East, and the Palestinian children and [that] teenagers with their rocks are a grave threat to the security of Israel.”

Palestinians are seeking to create an independent state on the territories of the West Bank, East al-Quds, and the Gaza Strip and are demanding Israel to withdraw from the occupied Palestinian territories.

Tel Aviv, however, has refused to return to the 1967 borders and is unwilling to discuss the issue of al-Quds.

The Netanyahu regime has approved the construction of thousands of settler units on the occupied Palestinian territories since it came into power in 2009.

Israeli settlements are considered illegal by the UN and most countries because the territories were captured by Israel in the Six-Day War of 1967, and are hence subject to the Geneva Conventions, which forbid construction on occupied lands. 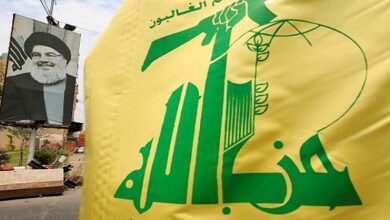