Foreign investment in Israel has dropped by nearly 50 percent, a new UN report says, with the 2014 Israeli war on Gaza and international boycott efforts against the regime cited as key factors for the sharp decline.

According to the World Investment Report 2014 by the United Nations Conference on Trade and Development (UNCTAD), which tracks changes in foreign direct investments worldwide, only $6.4 billion were invested in Israel last year in contrast to $11.8 billion in 2013, pointing to an almost 46-percent decline.

This is while one of the authors of the UN report, Ronny Manos, attributed the sharp FDI decline to the Israeli regime’s 50-day Gaza onslaught that began in July 2014 as well as global boycott and divestment efforts against the regime for its flagrant violations of Palestinian rights in occupied territories.

“We believe that what led to the drop in investment in Israel are Operation Protective Edge [against the besieged Gaza Strip] and the boycotts Israel is facing,” said Manos.

The Tel Aviv regime’s war on the densely populated Gaza Strip killed more than 2,130 Palestinians, including many children and women, and injured nearly 11,000 others. Over 500,000 Gaza residents were also left displaced as the result of massive bombardment of the blockaded enclave, according to reports.

Meanwhile, international pressure on businesses to refrain from investing in the Israeli economy has picked up in recent years amid efforts by the pro-Palestinian Boycott, Divestment and Sanctions (BDS) movement.

The Israeli regime also continues to press ahead with its illegal settlement activities in the occupied Palestinian territories despite a global outcry.

Most countries and international organizations regard Israeli settlements as illegal since the territories were captured by the regime in a 1967 war and are thus subject to the Geneva Conventions, which forbid construction on occupied lands. 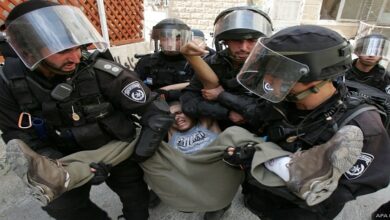