In a statement released on Tuesday, the Palestinian Prisoner’s Society (PPS) said twenty eight of the prisoners who are on hunger strike are held in Ofer Prison in the occupied West Bank, while two others are held in the notorious prisons of Negev and Hadarim, the Palestinian Information Center reported.

The Palestinian political prisoners started their open-ended hunger strike against their indefinite, unfair and unexplained imprisonment at the hands of the Tel Aviv regime on Sunday, saying their collective detention amounted to 200 years.

“Hundreds of years, during which the occupation prevented us from embracing our families or seeing our children as they were born or growing up. We never celebrated their birthdays, we did not accompany them on their first school day,” they said in a statement.

The PPS further noted that the hunger striking prisoners have also announced a boycott of all judicial procedures related to their administrative detention.

Nearly 450 detainees have been refusing to show up for their military court hearings since the beginning of the year. The boycott includes the initial hearings to uphold the so-called administrative detention order, as well as appeal hearings and later sessions at Israel’s ‘supreme court.’

Hundreds of Palestinian prisoners are held under administrative detention, in which Israel keeps the detainees without charge for up to six months, a period which can be extended an infinite number of times. The detention takes place on orders from a military commander and on the basis of what the Israeli regime describes as ‘secret’ evidence. Some prisoners have been held in administrative detention for up to 11 years.

Rights groups describe Israel’s use of administrative detention as a “bankrupt tactic” and have long called on Israel to end its use.

There are reportedly more than 7,000 Palestinians held at Israeli jails. Human rights organizations say Israel violates all the rights and freedoms granted to prisoners by the Fourth Geneva Convention.

Palestinian detainees have continuously resorted to open-ended hunger strikes in an attempt to express outrage at the detentions. Israeli jail authorities keep Palestinian prisoners under deplorable conditions without proper hygienic standards. Palestinian inmates have also been subject to systematic torture, harassment, and repression. 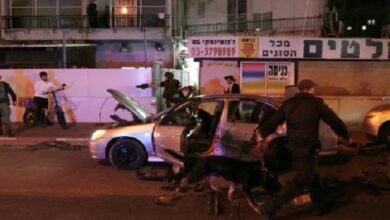