Two Palestinian women have been killed by Israeli forces in the occupied West Bank, according to Israeli police and official Palestinian media.

A Palestinian woman was shot by Israeli forces near the city of Bethlehem, the Palestinian health ministry said on Sunday. The woman, aged in her 40s, died after she suffered a torn artery and massive blood loss, the ministry said.

She was identified as Ghada Ibrahim Sabatien, a widowed mother of six, the Palestinian news agency Wafa reported.

The Zionist regime army claimed its forces fired warning shots in the air when a suspect approached and then “fired towards the suspect’s lower body”, near the southern town of Husan.

In the southern city of Hebron, a Palestinian woman stabbed and lightly wounded an Israeli border police officer before she was killed by Israeli forces, according to a statement by Israeli police.

Earlier, Zionist forces launched a raid for the second day running into the West Bank district of Jenin, home of the suspected attackers who launched recent deadly attacks in the Tel Aviv area. At least 10 people were wounded in confrontations in Jenin, as well as Jericho and Tulkarem.

The Zionist regime’s military operation came after a man from Jenin allegedly killed three Israelis and wounded more than a dozen others in a popular Tel Aviv nightlife area on Thursday evening.

On Friday, the regime said it had killed the alleged attacker, Raad Hazem, 28.

A total of 14 people have been killed in four attacks in the occupied Palestinian territories since March 22, including another shooting incident in Bnei Brak, an Orthodox Jewish city near Tel Aviv. 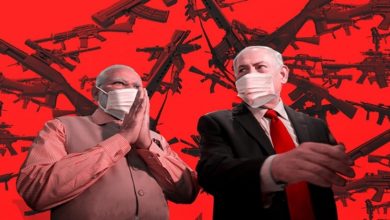 Abbas warns of ‘ramifications’ if US embassy moved