Israel has opened the gates of its rainwater harvesting dams near the besieged Gaza Strip, flooding more than 100 hectares of Palestinian farmland in less than two weeks.

Israel’s uncontrolled opening of dams’ gates has caused $500,000 worth of damage to agricultural areas in Gaza. It was the third time in a week that Israel had opened the floodgates, flooding farmland and harming agricultural products.

Israeli crop-duster planes also flew along the so called- buffer zone, spraying chemicals assumed to be herbicides. The chemicals were carried by westward-blowing wind into the strip damaging Palestinian crops and farmland.

Israel carries out the spraying about twice a year which poses a potential threat to the life of Palestinians as it directly undermines food security.

Experts say the Israeli practices have led to huge financial losses for Palestinian farmers prompting many to stop cultivating the fields near the fence. Gazan farmers have long been struggling to make ends meet due to the Israeli occupation. 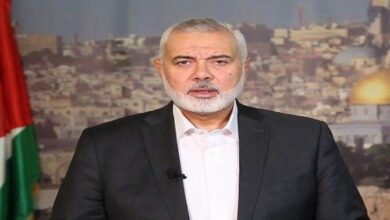 OcIsmail Haniyeh: Occupiers’ have no place in Al-Quds, Al-Aqsa Mosque