The incumbent Senator Raza Rabbani who also served Senate as chairman strongly condemned and expressed serious concerns over the allegation of US Secretary of State Mike Pompeo against Pakistan’s nuclear program.

The US Secretary of State, in an interview to the US media, had said that there are five big issues that threaten the American security and one of them is proliferation of Pakistan’s nuclear program.
Rabbani who is also a senior leader of Pakistan People’s Party urged the PTI-led government to take the parliament into the confidence over US official’s remarks.
He noted that despite all efforts of Pakistan to fight against terror, the US has suspended Coalition Support Fund to Pakistan. 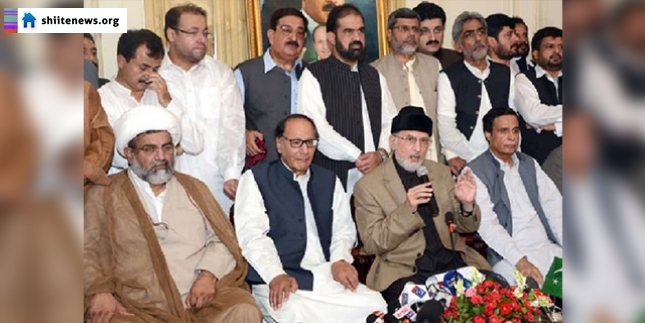 Allama Raja Nasir back demand of Qadri for resignations of Rana Sanaullah, Shahbaz

Birth anniversary of commander of faithful Imam Ali being celebrated

Terrorsit Malik Ishaq: The life and death of a terror kingpin