Families and supporters staged demonstrations in Lahore and Islamabad to protest against the enforced disappearance of Imamia Organisation Chairman Syed Raziul Abbas and Syed Rizwan Kazmi, a close aide of Allama Syed Javad Naqvi and other Shia notables.

Imamia Organisation women wing Rawalpindi chapter head Syeda Khadija Bano Naqvi lamented that 70-year-old Raziul Abbas was subjected to enforced disappearance despite the fact that he had never been named in any crime in the past.

She said that people him very well that he is a law-abiding peaceful and mature patriot citizen of Pakistan. He never preached anything against the rule of law.

Shia Muslims raised slogans carrying placards and banners to demand the government to release Syed Raziul Abbas, Rizwan Kazmi and all other innocent Shia Muslims who were subjected to enforced disappearance. 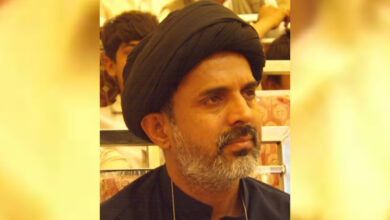