Notorious terrorist ringleader Aurangzeb Farooqi who has been named in many cases of terror attacks, murders and hate-mongering speeches, was the chief guest at Bahria Town despite the fact that he is a fourth scheduler under Anti-Terrorism Act 1997 and under counterterrorism National Action Plan.
Two days ago, peaceful and law-abiding Shia Muslims had laid foundation stone of Imam Bargah Jagir Ali Akbar (AS) and performed inaugural of Alam Pak. The permission granted by Malik Riaz to Farooqi and his outlawed terror group, is seen a deep-rooted plot to encourage violent extremism and fanaticism in Bahria Town in the name of sectarianism.
The entry of proscribed terror outfit, the mother of all terrorism in Pakistan, has brought a bad name to the reputation of Malik Riaz of Bahria Town. Banned Sipah-e-Sahaba (ASWJ) is the other name of Daesh in Pakistan and their terrorism against humanity is known to the entire world. 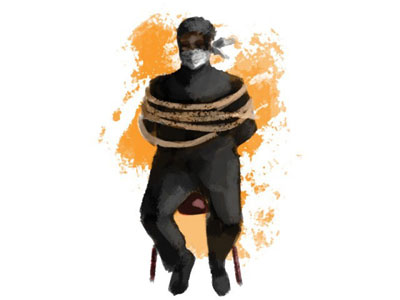