Gilgit-Baltistan (GB) police foiled a terror bid targeting a girls’ school in Ghizer district and arrested 13 Deobandi terrorists, all are students of a seminary.

According to Deputy Inspector General Gohar Nafees, all the arrested are students of a local (Deobandi) seminary run by a local named Inayatullah.
He said that police had also recovered explosive material and petrol during their raid on the seminary late on Saturday night, adding that the plot to target the school and college was hatched at the seminary.
He claimed that the suspects were planning to blow up the school ─ which is part of the Agha Khan Schools network ─ using bombs on Saturday night. Ahsanullah who was heading the ‘terrorist group’ has been arrested, the DIG said.
DIG Nafees said the (Deobandi ) terrorists had confessed to their involvement in blowing up several schools in Diamer in 2016-17.
He added that the arrested suspects had also confessed to their involvement in failed attempts to target Prince Kareem Agha Khan and former Governor Pir Karam Ali Shah in a bomb attack.
Schools torched
Earlier this month, at least 15 schools were fully or partially damaged in Diamer district. At least one terrorist involved in destroying the schools has been killed whereas some two dozen others have been taken into custody during crackdowns in the area.
Out of the total schools affected, at least 12 were targeted over a course of 48 hours.

Another Shiite shot martyred in Karachi by Yazidi terrorists 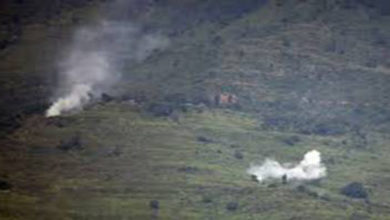