Dozens of people from different civil society organisations on Monday staged a demonstration outside the Election Commission of Pakistan’s provincial office in Karachi to protest against its decision of allowing ringleaders of banned takfiri terrorist outfits (Sipah-e-Sahaba/ASWJ and others) to contest polls with difference names.

Mohammad Ali, Khalid Rao, Asad Zaidi, Waleed Mehmood Sheikh and Asad Gokal led the protest.
They lamented removal of proscribed persons’ names from the Fourth Schedule just 21 days before the election and lifting the ban on said terrorist outfits raised many eyebrows. They said that the banned terrorist organisations were involved in several killings and other criminal activities.
The protestors were carrying placards inscribed with the hate remarks made by the banned organisations and their leaders. 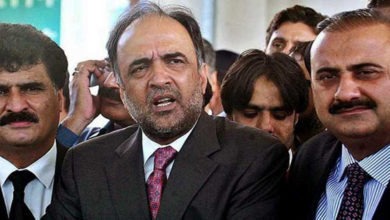 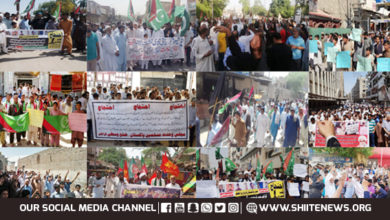