Chief of the Army Staff General Qamar Bajwa reached Quetta on Tuesday to meet the Shia Hazara community as the hunger strike protest carried out by members of the persecuted community to bring attention towards the killing of Hazaras in the city entered its fourth day.

Majlis-e-Wahdat-e-Muslimeen had sent a letter to the Pak Army Chief on Monday and had already made a public statement asking him to visit Quetta and meet the heirs of the Shia martyrs who were staging sit-in.
According to a statement issued by Inter-Services Public Relations, the army chief will be briefed about the security situation in the provincial capital and he will meet notables of Shia Hazara community.
Latest report had it General Bajwa presided over a security meeting which was also attended by members of Shia Hazara community, Federal Interior Minister Ahsan Iqbal, Balochistan governor and chief minister, and senior military officials. Agha Syed Mohammad Raza, a leader of Majlis-e-Wahdat-e-Muslimeen and also is Law Minister of Balochistan, Allama Syed Hashim Mousavi were also among the notables of Shia Hazara community who attended the meeting. 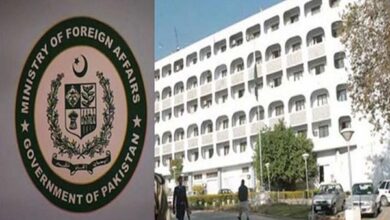