The president of said federation Allama Syed Riaz Hussain Najafi, vice president Allama Syed Qazi Niaz Naqvi and general secretary Allama Afzal Hyderi said in a joint statement that security agencies and Balochistan government have failed to ensure security and protection to lives of Shia Muslims in Quetta.
They said that terrorists murdered Shia Muslims in broad daylight in Quetta that is not a big city but security forces and Balochistan government failed to crush terrorists. They said it was very much unfortunate and lamentable that not a single killer of Quetta’s Shia Muslims have so far been arrested.
They also demanded immediate arrest of and capital punishment for the killers of Dera Ismail Khan’s Shia Muslims. They said DI Khan and Quetta are strategically important areas of Pakistan and targeted murders of Shia Muslims in these two areas pose a big question mark on the performance of relevant security agencies and the governments.

Will Shia votes be divided in Karachi due to poles-apart MWM and ITP? 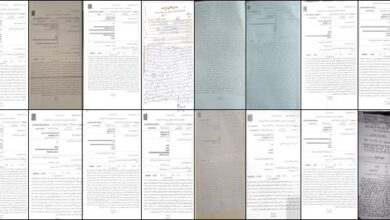 Associating people like Qaid and Iqbal to a terrorist organization is unbearable, Siraj ul Haq should apologize the nation: Hussaini Force