In September last year, a Lahore-based English daily broke the story that Punjab government had struck a deal with the Lashkar-e-Jhangvi’s mother outfit outlawed Sipah-e-Sahaba for a patch-up with Punjabi Taliban. The latter had threatened to kill two bigwigs of the ruling PMLN if two condemned terrorists were hanged in September 2013.

Shiite News Correspondent reported here that notorious Yazidi takfiri nasbi terrorist Malik Ishaq was granted bail in almost all cases. His detention under the MPO 16 was also under review. With the approval of Punjab government, he will be released anytime soon. 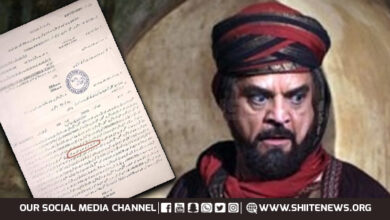 Indian intrusion may have aimed at isolating Pakistan worldwide