Yazidi takfiri nasbi terrorists of banned Sipah-e-Sahaba have shot martyred two Sunni friends of a Shia scout who was injured in Karachi on Tuesday evening.

Shiite News Correspondent reported here on Tuesday night that Shia scout Ishrat Hussain was ambushed in Liaquatabad. He was injured but his two Sunni friends embraced martyrdom due to firing of Yazidi takfiri nasbi terrorists. Arshad Naqvi belongs to Bu Turab (AS) Scouts, Karachi-based Shia scout group that has been assigned to ensure security and discipline during mourning processions.

Due to murders, it was not clear who fell victims and due to that uncertainty, it was first believed that Arshad Naqvi was martyred but later hospital staff clarified that he was injured and his Sunni friends were martyred. Shiite News apologised the readers for that mistake in its initial report.

Shia parties and leaders have condemned the targeted murder of Sunni friends of Arshad Naqvi. They said that Shia scouts always assisted police and rangers during mourning processions of Shia Muslims. But, now they are being targeted. 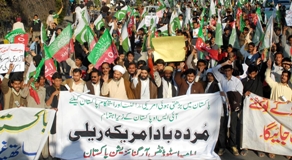 Doctor arrested for facilitating and treating Taliban terrorists in Karachi