According to sources, the incident took place near Darga Mandi area of Ghulam Khan tehsil.

“Unidentified gunmen in another car shot and killed Shaheen as well as the driver and guards,” a family member told news agency Reuters.

A close relative of Shaheen told news agency AFP that in addition to those killed, two other people travelling in the car were critically wounded.

The TTP has so far not confirmed his death.

Shaheen was a key member of the Tehreek-i-Taliban Pakistan’s shura (high council) and was on the Pakistan army’s list of twenty most wanted TTP commanders, and had had a Rs10 million bounty placed on his head since 2009.

He served as the acting TTP chief after Hakeemullah Mehsud’s death and also headed the Taliban supreme shura. In late January, unconfirmed reports said he was killed during air strikes on militant sanctuaries in North Waziristan.

Asmatullah hails from the Khichi sub-tribe of Bhittani in South Waziristan and was known for his ruthless predisposition towards those taken prisoners by the TTP.

The battle hardened commander was one of the top deputies of Baitullah Mehsud and previously fought with the force of Haji Turkestan (a pro-government leader) multiple times. Considered a potential successor to Baitullah, Asmatullah wasn’t allowed to ascend the leadership mantle, as he hailed from a different tribe.

Shaheen gained notoriety after he claimed responsibility for a suicide attack on an Ashura procession in 2009 which killed 44 people in Karachi.

He was also considered as the lead figure of an attack on the Frontier Corps – Mullazai Fort in Tank, South Waziristan. In Dec 2011, his militants with highly sophisticated weaponry overran the military bastion, killed an officer and kidnapped 23 other soldiers. Although seven soldiers managed to escape from the militants’ custody, the rest of the abductees were brutally tortured and murdered. The horrifically mutilated bodies – with 40 bullet holes each and signs of torture – were recovered from North Waziristan subsequently.

North Waziristan is one of seven regions in Pakistan’s Federally Administered Tribal Area (Fata) governed by tribal laws. An extremist insurgency led by the TTP plagues the region, while the area is known to be infested with militants, including those from Al Qaeda and other armed extremist organisations.

Due to recent onslaught of Pakistani armed forces on the militant-infested areas near the Pak-Afghan border, the locals have started moving towards settled areas in the Khyber Pakhtunkhwa province. After MWM, Islami Tehreek ready to alliance with PTI 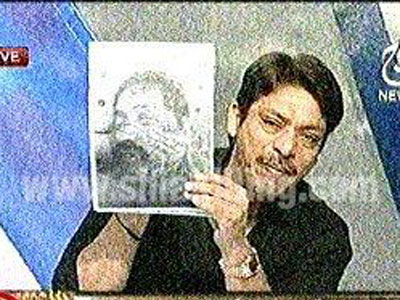