Shiite News Correspondent reported here on Friday that the fanatics of Yazidi takfiri nasbi terrorists stormed into Imam Bargah Karbala and torched the alam pak there.

The terrorists took to their heels but the police and administration failed to take any sort of action against them. Unfortunately the PPP leaders failed to rein in the intolerant Yazidi takfiri fanatics in their strongholds such as in Hala, Dadu, and Shahdadkot. It is also relevant to add here that banned Lashkar-e-Jhangvi’s terrorists Abdul Rehman Otho alias Abdul Rehman Sindhi had masterminded the terrorist attack on Benazir Bhutto in Karachi on her homecoming on October 18, 2007 and he too belonged to district Dadu. 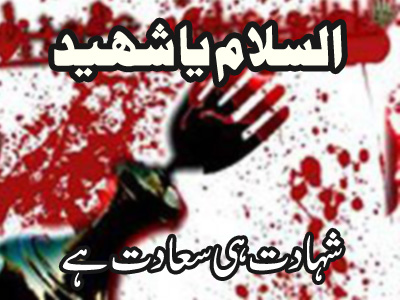 A Shia Muslim martyred in Quetta as genocide of Shias continues