Professor Haji Wahid Bux, Chairman of Shia Jirga of Dera Ismail Khan,was released from illegal detention on Monday after a long protestÂ campaign that started since his detention four months ago.

According to Shiite News correspondent, his detention was a case of habeas carpus and intelligence agencies’ officials were Â involved inÂ his illegal detention.

Dera Ismail Khan, a district of Khyber-Pakhtoonkhwa province on its border with Punjab province, has witnessed brutal Genocide of ShiaÂ Muslims. Banned outfits such as Sipah-e-Sahaba and its offshoot were always encouraged to perpetrate its ferocious terrorist activitiesÂ against fellow Muslims.

Shia youths, elders and notables experienced worst sort of victimization at the hands of the terrorists and their patrons on oneÂ hand and on the partial and biased policies of anti-Shia individuals in the government agencies.

Had there been any terrorist activity against non-Muslim Pakistanis, action had been taken against the terrorists. But, Pakistan’s ShiaÂ Muslim citizens were always denied justice and perpetrators of their Genocide had never been punished so far. Not a single case ofÂ punishment that was implemented so far.

Pakistan slipping into Chinese orbit out of US influence: Congress warned 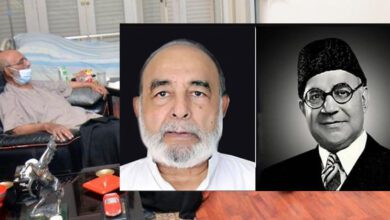