According to the Shiite News Correspondent, Syed Fayyaz Hussain received three bullets in his head as he was riding on his bike nea r Rais Amrohvi Colony Orangi Town 11 Â½ Karachi.

His Janaza (funeral) will perform on today at Masjid-o-Imambargah Mohammadi, Habib Bank Quarters Orangi Town Karachi. He will be buried in local graveyard of Orangi Town.

Fayyaz Hussain, 29, was going to his office at 8:30 am morning when the barbaric terrorists of Nasabiâ€™s organization killed him.

This is the responsibility of the Shia leaders to be united and chalk out the strategy against the genocide of Shia Community in Pakistan as all the Nasabiâ€™s organizations have openly supported the terrorists of Sipaha-e-Sahaba, Lashkar-e-Jhangvi and Taliban on the directives of America, Saudi Arabia and Israel.

A Shia employee was martyred in Sipah-e-Yazid attack 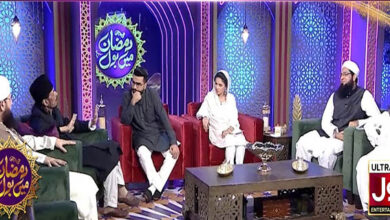 US drone strike kills 20 ‘IS Takfiries’ near Pak-Afghan border