Leaders of Jafaria Alliance Pakistan (JAP) and Shia Ulema Council (SUC) on Friday condemned the genocide of Shia Muslims in Karachi and warned the Government that the Shia Community will besiege the Governor and Chief Minister House over the failure of the Government to arrest the terrorists of banned outfit of Sipah-e-Sahaba (Nasibi’s).

According to the Shiite News, The Jafferia Alliance Pakistan was staged protests across Sindh province including Karachi, Hyderabad, Sukkur and other cities against the target killings of Shia Muslims in the metropolis.

The Central demonstration was held outside the Khoja Mosque Kharadar, Addressing the demonstration Jafaria Alliance Chief Allama Abbas Kumaili, Allama Aftab Haider Jafari, Maulana Hussain Masoodi, Allama Furqan, Allama Jafar Raza and others termed that the target killing of Shia Muslims in the metropolis is the failure of Sindh Government.

They said that Governor Sindh Ishratul Ebad and Chief Minister Syed Qaim Ali Shah personality comes under the question over their negligence to arrest the terrorists of outlawed Nasabi’s organization.

They also alleged that some senior people of the government of Sindh had visited the headquarters of the terrorist groups in the past, and that â€œthese people might have been involved in the recent target killings of the Shia communityâ€.

Shia leaders demanded of the president, the prime minister, the chief justice and the chief of the Army staff that an army operation be conducted at the hideouts of the banned outfit all over Sindh â€œto combat terrorism and eliminate Punjabi Taliban from the countryâ€.

The Jafferia Alliance alleged that Punjabi Taliban were involved in the killing of Shias and warned the government of Sindh to â€œrefrain from patronizing the banned terrorist organizationsâ€.

The meeting observed that terrorist groups were involved in â€œthe genocide of the Shia communityâ€ and the silence of the government proved that â€œit also supported the banned outfitâ€.

The participants of the meeting also claimed that they had informed the government in advance about the activities of terrorist groups, especially the Punjabi Taliban, who, for the last one month, had targeted Shia youths. However, they added, the government did not pay heed to the JAP warning, as a result more than 10 Shia youths, including doctors, became victims of this spate of targeted killings.

On the one hand, the Punjabi Taliban were busy â€œin the genocide of Shiasâ€, while on the other hand the government was avoiding taking action against these groups which seemed that â€œthe Sindh government is being run by these terrorist groups and Punjabi Talibanâ€, they alleged.

However, Addressing the Press conference after the funeral prayer of Shaheed Ali Raza, Shia Ulema Council leaders Maulana Nazir Abbas Taqvi, Maulana Ali Mohammad and others Â said that Shia Community is the peaceful community of the Country.

They warned the government that they would besiege the Governor and Chief Minister House if the Government will not arrest the terrorists of banned outfit of Sipah-e-Sahaba.

They said that within a span of 1 month terrorists of these forbidden organizations have premeditated killed more than 8 shia individuals which include two doctors. They questioned the credibility of Sindh Government being at stake for its silence on heinous acts, letting Shiite ponder over Government involvement in Target Killings.

The notables condemned savagery of Administration on Shahzad Razaâ€™s recent martyrdom and emphasized that the Government is not only actively a party to the killing of innocent Shia Pakistanis but as well has the audacity to disgrace the sanctity of their funerals, which will not be tolerated. They urged to know the source, ordering Police and Rangers to open fire and tear gas at peaceful funeral demonstrators and the deceasedâ€™s dead body, who solemnly were demanding to arrest the culprits behind the Target Killing of Shahzad Raza only. 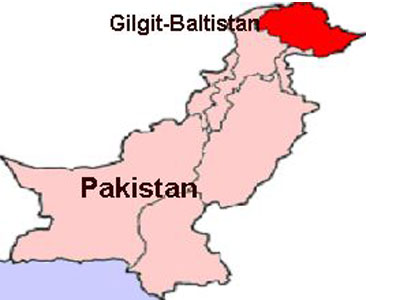 Shia Muslims of Pakistan celebrate the birth anniversaries of Imam Hussain, others