Allama Raja Nasir Abbas Jafari, secretary general of Majlis-e-Wahdat-e-Muslimeen, has said that the United States and its allied-Arab monarchies are meddling into internal affairs of Pakistan.

He expressed these views speaking at a seminar on ‘National and International Situation and Our Responsibilities,’ at Masjid/Imam Bargah Madinatul Ilm Karachi where a large number of his party’s workers attended.
MWM chief accused the Nawaz Sharif led government of pushing Pakistan Army into an unjustifiable Saudi war on Yemen. He vowed that his MWM would counter the government’s plots by creating awareness among masses regarding the machinations against Pakistan.
He also denounced the government for illegal and undeclared arrest of more than 100 Shia scholars and notables. He said that enforced disappearance of said Shia Muslim scholars and notables was also being carried out at the behest of the US-allied Arab monarchies who are enemies of human rights, civil liberties, difference of opinion and democracy, let alone Islamic ideals and values.
He vowed that Shia Muslims would come out on streets to protest against the enforced disappearance and their movement against the corrupt rulers would topple them.
Allama Mirza Yousuf Hussain, Allama Ahmed Iqbal Rizvi, Allama Sadiq Jafari, Allama Nishan Haider, Allama Azhar Naqvi, Mubashir Hassan and other officials were also present. 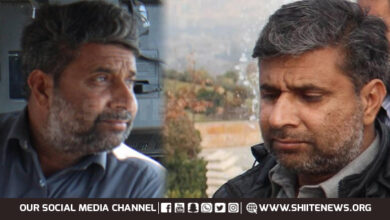 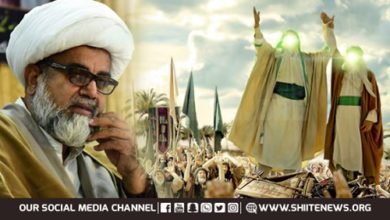