Though the Punjab provincial government is in a state of denial, the Punjab Police have officially admitted for the first time the movement of the Taliban, their network in district Jhang and southern Punjab and their fund-raising and recruitment drive in the province.Â

The Jhang city police have filed an FIR, the first-ever in the Punjab, which is a severe indictment of the provincial government. The FIR No 320, registered under 11 F/7 Anti-Terrorist Act by the police itself on the basis of their human intelligence, depicts the grim realities of Talibanisation in the Punjab.

The criminal report filed against the district head of a defunct organisation, Jaish-e-Mohammad, discloses that Taliban commanders often come to the city on their way to southern Punjab as the network of Tehrik-e-Taliban is fast expanding in the region. SHO Kotwali Police Station (Jhang city) confirmed to The News the FIR, a copy of which is available with this correspondent, but was reluctant to go into the details. The DPO Jhang and the IG Punjab were not available for comments despite repeated calls and messages.Â

Jhang, the hotbed of sectarianism, is the hometown of the provincial police chief, Tariq Saleem Dogar. A recent World Bank report has found negligible development spending in the district, Rs 300 per person as compared to Lahoreâ€™s Rs 35,000 per person.Â

The Punjab government has always denied the presence of the Taliban network in the southern belt. The DG Rangers, who once dropped hint of their existence, was contradicted by provincial law minister, Rana Sanaullah, who had formed an electoral alliance with a defunct organisation in a by-election, ran campaign together with their top leader, and released the most dangerous sectarian militants as part of a deal.Â

The FIR and police intelligence reports indicate the Taliban are thriving in the region. The recruitment drive has also been launched recently in some religious schools. The FIR is registered against Dr. Imran, former head of Jaish-e-Mohammad in district Jhang, who has been accused of recently hosting a prominent Taliban commander carrying head money of Rs 10 million. It says Dr. Imran â€œruns the network of Tehreek-e-Taliban and Taliban would often come to see him on their way to other districts of South Punjab.â€ He has also been accused of involvement in fundraising.Â

The FIR is based on police intelligence that presents far more pessimistic picture than what has been reported in the FIR. The intelligence report indicates that the district head of Toba Tek Singh is a former gunman of Osama bin Laden and a driving force behind the networkâ€™s expansion in the southern belt. The Taliban commander mentioned in the FIR without name is Commander Qari Matiullah alias commander Abdul Samad, said a police officer.Â

According to the police intelligence, Taliban leaders frequent a number of seminaries in Jhang. An under-construction seminary in Jhang district serves as a meeting point of the Taliban leadership. Three other seminaries run by their sympathisers have launched a drive to recruit youth for training in the tribal area, says the report. Mentioning the discussion in a recent meeting held on May 1 in a seminary located in Jhang city, a police source said the religious leaders who spoke on the occasion urged the need for reviving the spirit of 1985 when a war was fought against the Afghan rulers. Jhang and other districts of central and South Punjab are now the main target of Taliban, said a police officer who cited under-development as the reason why such networks thrive. A recent World Bank report has found that the southern belt is the last priority in terms of development by the Punjab government as neither it is ready for fighting militancy nor investing in development.

A Taliban sympathiser, however, claimed that Taliban are fighting against the killers of innocent people. He said innocent people were being killed in the name of war against terror. He said anyone whose mother or children were killed was bound to take up weapons. He said Taliban were not terrorists but wanted implementation of Sharia laws. 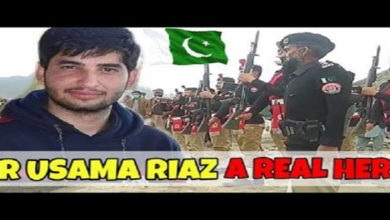 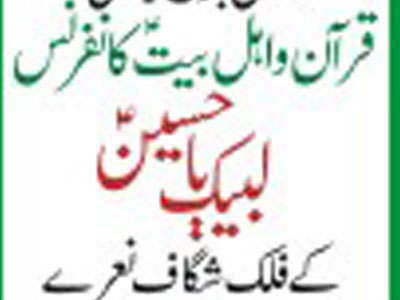