In his address at the an important meeting of MWM Senior members in Islamabad, Allama Raja Nasir Abbas expressed his deep concern over the deteriorating law& order situation and sectarian killings in the province of Baluchistan.

Allama Nasir Abbas Jaffrey secretary General of the MWM called upon the Federal as well as provincial governments to take stern action against the terrorists and anti-social elements who have spread a wave of terror in the various cities of Baluchistan including Mastong and c provincial Capital of Baluchistan Quetta, where not only the common people but also professional personalities including Doctors and colleges and university professors were being mercilessly killing.Â

Suspected IS pamphlet warns Pakistani tribesmen against spying for US 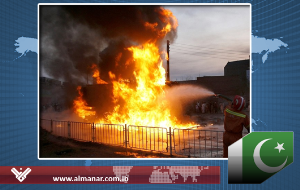