Imran Athar has been reelected as central president of Imamia Students Organisation to serve the second consecutive term.
Shiite News Correspondent reported that one of the senior most religious scholar of Pakistan namely Allama Haider Ali Javadi announced his reelection and administered oath from him at the annual convention of the ISO held in Lahore.

As soon as his name was announced, the area was reverberated with the slogans of Labbaik Ya Hussain (AS). Imran Athar said that Allah bestowed upon him great responsibility. He said that the ISO members reposed their confidence in him and he will come up to their expectations.

He thanked Ayatollah Mohsin Qommi, head of the international affairs of the office of Supreme Leader of Islamic Revolution Imam Khamenei and other eminent scholars who attended and spoke at the ISO Convention. He also thanked the administration of Jamia tul Muntazir and Qazi Niaz for their cooperation.

He said that the ISO would continue to strive to uphold the banner of Islam. He vowed to continue struggle against the imperialism and arrogant powers.

Azadari is an integral part of our religion 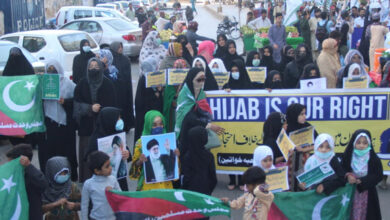 JAP lashes outPML-N leadership over their links with terrorist organizations