A Shia Muslim, who was injured in a bomb blast by the Yazidi takfiri nasbi terrorists, succumbed to his wounds on Thursday.
Shiite News Correspondent reported that Fida Hussain was struggling for life for last 17 months. Many Shia Muslims were martyred and many were wounded when an azadari (mourning) procession was hit with bomb explosion by the Yazidi nasbi takfiri terrorists of outlawed Sipah-e-Sahaba/Lashkar-e-Jhangvi/Taliban.

Shia parties and leaders have condoled with the heirs and relatives of the slain Shiite and demanded that an army operation be launched to eliminate the terrorists. 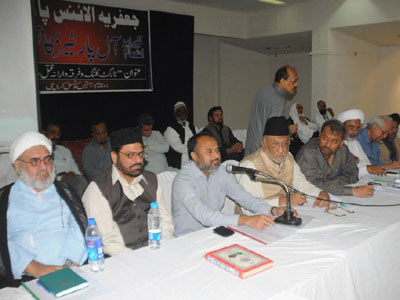 Do something to Save Shia APC