Despite the successes of Operation Zarb-i-Azb, threats to peace persist, Chief of Army Staff General Raheel Sharif said on Tuesday, calling for the implementation of the National Action Plan (NAP) and wide-ranging legal and governance reforms to sustain the military’s achievements against terrorists.

Speaking at what may well be his last Defence Day ceremony as army chief, Gen Sharif said: “Operation Zarb-i-Azb has attained its military objectives, and today the Pakistan flag flies proudly over all parts of our dear homeland.”

But, at the same time, he admitted that “internal and external threats to peace have not been completely eliminated”.

The general shared his view of the measures necessary to address these continuing threats, calling for the effective implementation of NAP, addressing weaknesses in the criminal justice system and reforms to break the nexus between organised crime, corruption and terrorism.

The army chief’s comments reaffirmed the military’s concerns about the government’s sluggish performance in dealing with these problems, which are feared to be impeding the elimination of terrorism and the achievement of complete peace across the country, from Karachi to Khyber Agency.

He said the military considered the fight against terrorism a war for the survival of the homeland and pledged to go to any lengths to ensure national security.

The army chief also took a dig at detractors and critics of the military, saying that misgivings and accusations were being levelled by elements trying to create mistrust towards security and intelligence organisations, but they had failed to dent the forces’ morale.

“For the operation to yield its full dividends, all stakeholders and institutions of state must play their respective roles with the utmost sincerity and commitment,” he suggested.

He concluded his remarks with a tribute to the victims of terrorism — the martyrs of the Army Public School, Bacha Khan University and the Quetta Civil Hospital — as well as the families of military and security personnel who had laid down their lives in the defence of their homeland.

Renewing the pledge to seek friendly relations with all neighbours, he also delivered a strong message to countries that are considered hostile towards Pakistan.

“We know very well how to abide by the bonds of friendship, and how to exact vengeance upon our enemies,” he said.

In a message apparently directed towards the US and other western powers, he said the best guarantee for peace in the region was maintaining the balance of power.

Pakistani officials believe that the growing US defence cooperation with India would disturb the regional balance of power.

The army chief cited the example of Pakistan’s relationship with China as the best illustration of a relationship based on mutual respect and the principle of equality in the region.

He said the China-Pakistan Economic Corridor (CPEC) would not only consolidate ties between the two brotherly countries, but would also foster prosperity in the region.

The general vowed to defeat all designs against CPEC, saying: “[The project’s] timely completion and protection is our national undertaking. I assure you that we shall not allow any external forces to obstruct it and any such attempts will be dealt with an iron hand.”

On Afghanistan, he was of the opinion that Pakistan’s “sincere efforts” for peace in its war-torn neighbour were being blocked by unnamed “self-serving quarters”, that were not sincere with Afghanistan.

He reiterated Pakistan’s commitment to better border management with Afghanistan’s help and hoped that a mechanism in this regard could be developed in concert with the Afghan government.

While he avoided naming India or directly addressing the Indian leadership, as he had done in the past, the army chief noted that the armed forces were fully aware of all covert and overt intrigues and the intentions of their enemies.

“Be it a military or diplomatic challenge, be it the danger on our borders or within our cities, we know our friends and foes all too well,” he said, ostensibly an allusion to arch-rival India.

He also called for the implementation of UN resolutions to resolve the longstanding Kashmir dispute with India. Saluting the struggle of Kashmiris for their right to self-determination, he said the people of the valley were facing the worst form of state-sponsored terrorism.

“The true solution for this struggle for self-determination resides not in raining bullets upon the defenceless Kashmiri people but in heeding to their voice and respecting their aspirations,” the chief said.

At the outset of the ceremony held at General Headquarters, when the army chief entered the venue, he was flanked by the leaders of the opposition in the Senate and National Assembly, Aitzaz Ahsan and Syed Khurshid Shah. From the government side, Raja Zafarul Haq, Khawaja Asif, Sartaj Aziz and Pervaiz Rasheed were present at the ceremony. 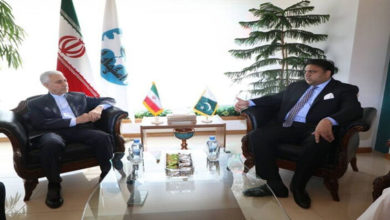 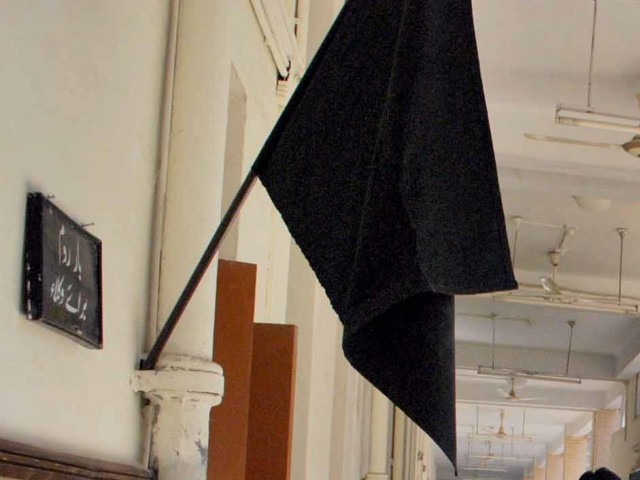 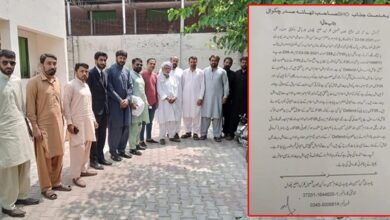