Pakistan Peoples Party’s Co-Chairman Asif Ali Zardari has castigated the provincial government of Khyber-Pakhtunkhwa for allocating public money for a privately-own Islamic seminary known for “its links with the Taliban and other militant groups”.

The provincial government, led by the Pakistan Tehreek-e-Insaf, has set aside Rs300 million for the Nowshera-based Darul Uloom Haqqania seminary of Maulana Samiul Haq, in the provincial budget for FY2016-17, triggering scathing criticism.

“This is nothing but legitimisation of militancy and militant Taliban that will undermine the nation’s resolve to fight militants to the finish,” Zardari said in a statement released by his spokesperson Senator Farhatullah Babar on Sunday.

Babar said the former president was deeply concerned over the use of public money for a private seminary which is known for promoting private jihad. “The resources should have been spent on human development instead of on a seminary whose claim to fame lies in its promotion of militant Islam and the worldview of Islamic militants,” Zardari said.

“That it [earmarking funds] should have happened around the time when a group of the militant Taliban reportedly claimed responsibility for the target killing of [Amjad] Sabri Qawwal in Karachi makes it all the more poignant,” Zardari said.

The former president further said that in the wake of Afghan Taliban chief Mullah Akhtar Mansoor’s killing in a US drone strike in Balochistan, it appears that some elements are reviving the ‘jihadi project’. “Recently, conservative religious parties led by a proscribed organisation held congregations in Islamabad protesting Mullah Mansoor’s death. Now a privately owned pro-Taliban madrassa has been given Rs300 million.”

Pointing out that banned outfits have resurrected and are promoting their militant agenda with impunity, Zardari asked whether “the revival of the jihadi project [is] by design or by default”?

Earlier in the week, PTI chief Imran Khan had defended K-P’s decision to allocate money to the seminary, noting that about 2.2 million students in the province studied in seminaries as compared to 800,000 in English-medium schools. “Why those who study in religious schools should be left out and not given the opportunity to become part of the society?”

He said the decision has been taken to reform the madrassa. “If we are to establish peace in the long-term, then we have to reform the seminaries and the education system,” he reasoned. 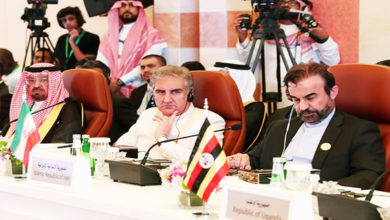 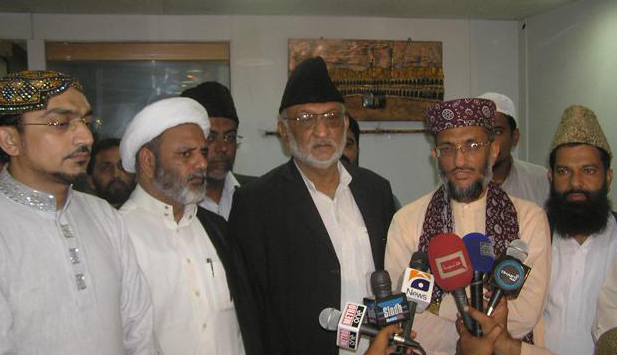