April was the cruelest month for many in Karachi a year ago. On April 16, 2015, Debra Lobo – the vice-principal for student affairs at the Jinnah Medical and Dental College – was attacked by two unidentified gunmen as she made her way to the campus. Eight days later, on April 24, Sabeen Mahmud – activist and founder of The Second Floor café – was shot dead after conducting a panel discussion on Balochistan. Then on May 13, eight gunmen opened fire on a bus in Safoora Goth, targeting and killing 45 members of the Ismaili community. All these attacks and others orchestrated around the same time were linked to one man: Saad Aziz.

Aziz confessed to the crimes and others (including bank robberies, targeting law enforcement agencies and grenade attacks on co-education schools) in a videotape confession while in custody. Eyewitness accounts at Safoora Goth and at an attack on a Bohri mosque on March 20, 2015, pinpointed Aziz as one of the culprits.

Aziz has now been awarded a death sentence along with four other men. An Inter-Services Public Relations (ISPR) statement on May 12, 2016, stated: “These five convicts were active members of al-Qaeda.” It went on to add that the convicts admitted to multiple charges against them before a military court.

Aziz’s family has raised objections to the way the trial was handled. “It was a total blackout. We had no idea of what happened during the four months when he was with the army. We only came to know about the sentencing through the ISPR press release which says that he was tried in 10 cases, but we still have no details about them,” a family member tells the Herald.

Aziz had studied at Pakistan’s finest institutions. He graduated from the Institute of Business Administration in 2011 and interned at a multinational organisation as part of his degree. Soon after graduating, he started working at his family’s restaurant in the Sindhi Muslim Cooperative Housing Society. Despite his academic credentials and the security and material comfort of a middle-class background, Aziz felt an inner restlessness. On his personal Facebook page, taken down a few days after his arrest, Aziz’s cover photo portrayed Heath Ledger’s Joker with the tagline “why so serious?” — ironically an American pop culture reference, albeit a subversive one, but it says something about the ideological muddle in the minds of the affluent radicalised.

By his own admission, Aziz’s radicalisation began in 2009, following a visit to Saudi Arabia with his family. His friendship with an al-Qaeda operative, who was heading the group’s recruitment wing in Pakistan, led to Aziz joining the group at the end of 2010. In 2011, he travelled to Waziristan for training where, he says, he was part of a segment headed by Ahmad Farooq, deputy head of al-Qaeda in the subcontinent. At that time, Aziz was limited to managing media duties and online jihadist publications.

We know all this information through his videotape confession — but this is the extent of our knowledge. Aziz’s family contests many of the things said in it, which they believe were spoken under duress.

“While in Central Jail, we were allowed to meet him for half an hour every Friday,” says the family member. However, they were not permitted to meet him during the time that he spent in Malir Cantonment (January 13 till May 18, 2016) at the time of his trial. The family has since met Aziz twice after his return to Central Jail in May.

During his four-month detention in cantonment, Aziz told his family he was kept in handcuffs and his face was covered with a cloth. The only times these were removed was for eating and for going to the bathroom. Aziz was also not allowed to appoint a defence counsel of his choice, despite his family lodging a constitutional petition.

“We will try our level best to make sure that he gets a fair trial,” the family member says, when asked if they would challenge the verdict in the Supreme Court. “We are pretty certain that he did not get a fair trial in the military court. Most blatant of the facts is that he says he has made no confession or signed any document to this effect during the trial, whereas the ISPR claims that he has admitted to all the crimes he has been accused of.”

Whether Aziz is the mastermind behind the attacks or a pawn in a greater game, we will never know. Given the secrecy surrounding his trial – and for that matter, all trials held by military courts – his role in and around multiple terror attacks will remain as ambiguous as other details of his life since graduation. 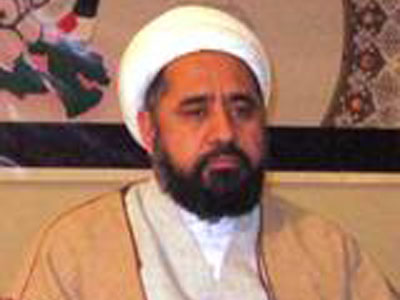