THERE is silence in the Al Azhar Garden compound this Thursday morning as many of the residents leave for work or get busy with chores around the house. “It seems as though nothing happened a year ago,” says Qasim Ali Momin, 75, one of the oldest residents of Al Azhar Garden, of the Safoora Goth carnage that occurred this day last year, when gunmen opened fire in a bus carrying members of the Ismaili community.

The thought gains further credence when one witnesses the stoicism of the community about the attack that claimed 45 lives in a matter of a few hours. “There is dignity in suffering quietly and getting over the pain,” says Momin. “What had to happen, happened.”

He is among the survivors by “default”, he adds. He was at home taking care of his wife who had suffered a stroke. Momin was among the first members of the community to move to Karachi from Hyderabad in 1967, decide upon the location for the Al Azhar Garden in 1992 and see it turn into a sprawling compound in 2003.

He says it was surreal to see canopies strung across the compound as mourners congregated a day after the shootings. “There’s no consolation for the ones who lose someone close to them, so why wail and cry for show?” he muses. “What happened to these people was disgraceful. These families know what’s within their control and that is to let go with dignity.”

At the other end of the road, leading from Al Azhar Garden to the police station for Gulzar-i-Hijri and Sohrab Goth, May 13 is a reminder of suspects, facilitators and four of the 12 men involved directly in the carnage who are still on the run. For these police officers, the incident very much happened and it happened in their vicinity.

Sub-divisional police officer Khalid Khan says that “three facilitators have been arrested in the case — Sultan Qamar Siddiqi and his brother Hussain Umer Siddiqi for providing lodging and funds to the perpetrators, and Naeem Sajid, alias Peela, for providing the men with licensed weapons — along with five of the shooters directly involved in the incident.”

A senior police officer associated with the Counter-Terrorism Department says that the shooters were identified and belonged to a breakaway group of the Lashkar-i-Jhangvi (LJ), the Tehreek-i-Taliban Pakistan (TTP) and the Al Qaeda in the Subcontinent (AQIS). “LJ’s motive is always sectarian, whereas the TTP and AQIS are awaiting recognition in Pakistan by the militant Islamic State group and thus their involvement in the Safoora Goth carnage in Karachi.”

The LJ also suffered a “huge loss in terms of losing support”, according to the officer, when the army claimed to have arrested one of the violent group’s notorious members, Naeem Bukhari, earlier this year.

The continuing arrests of sectarian militants — 97 so far, according to the director general of the Inter-Services Public Relations — along with the killing of Malik Ishaq and Usman Saifullah Kurd in ‘encounters’ last year are seen as a sign of the “seriousness of the armed forces against sectarian violence that has plagued Pakistan since the 1980s,” the officer adds.

But even if the LJ is temporarily bereft of support and the TTP has split into various groups, it is the AQIS that is gaining strength in Karachi, the officer says.

“The recent killing of seven policemen in Orangi Town also follows a trail that leads to the AQIS, which means similar or further audacious attempts will be made in Pakistan to gain the recognition of IS,” he adds.

In January, the Safoora Goth carnage was among the 18 other cases transferred by the provincial government from the antiterrorism courts to the military courts.

On May 12, Army Chief Gen Raheel Sharif approved death sentences awarded by military courts to the five religious militants terrorists who had been found guilty in the Safoora carnage case. This has emboldened some investigators who are doing “extra work to ensure the cases are properly investigated”.

In his office in the Gulzar-i-Hijri/Sohrab Goth police station, SDPO Khalid says that there are nine survivors from the May 13 incident who identified the five suspects arrested by the police. “One of the survivors recently left for the United States. They are understandably scared and cautious but have shown admirable strength,” he says.

Back at Momin’s home, he politely questions the officer’s statement. “Some people at the site of the tragedy tried instigating our young volunteers to seek revenge. But they didn’t retaliate. That, I believe, is strength,” he says.

He adds that once again when people from the compound will gather to remember the incident in whichever way they deem fit, “they won’t do so on the basis of who is Sunni or Shia, but as a community mourning the combined loss of life. This is what our community’s elders taught us.” 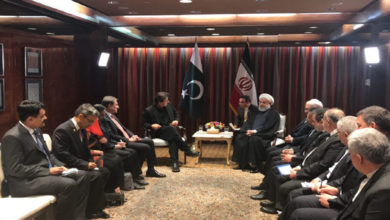 Pakistan eyes major role to end tension between Iran and US

US not planning to attack inside Pakistan, General McKenzie assures