Rally in Islamabad against Pakistan’s friendly neighbor country and Shia Muslims in name of Harmain, where is NAP?

Shiite News: Banned organizations of the country took out a rally against Pakistan’s friendly neighboring country Iran in Islamabad on Friday. The administration of the city permitted the ‘Down with Iran’ rally by remaining silent which was an open violation of the NAP. This was not the first time when the NAP was violated by the government itself. Nawaz government had given the permission to banned organizations for rallies and processions and thus made the NAP conflicting.

Sources also told that Mr. Jubeir had also met some leaders of outlawed organizations and Salafi and Wahhabi molvis and assigned them with the task of running anti-Iran and anti-Shia campaign.

On the other hand, Saudi Foreign Minister had also ordered Saudi embassy to organize anti-Iran and anti-Shia rallies in Pakistan through outlawed organizations having the same ideology in order to incite sectarianism in the country so that the reaction that has been going on in Pakistan against Sheikh Nimr’s execution could be given a different angle.

It was in this regard that banned organizations carried out a rally against one of Pakistan’s friendly neighbors Iran in Islamabad in which nasty stuff was spoken against Ayatollah Khomeini and Shia Muslims and police of the federal capital remained silent spectator.

Banned organizations had also called a meeting for defending Harmain in Islamabad on Thursday after which they have aimed to run a campaign against Shia Muslims and the Islamic revolution and to save the monarchy of House of Saud. 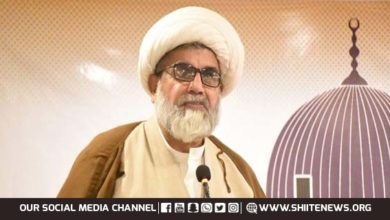