Terror threat to Shia Muslims in the country by Al-Qaeda

Shiite News: Ina letter issued by National Crises Management Cell it has been revealed that Al-Qaeda could carry out terror attacks on Shia mosques, Imam Bargahs and on people belonging to the Shia sect in the entire country.

In addition to National Crises Management Cell’s warning, provincial governments have also received a letter by ISI regarding similar information and they have been asked to strengthen the security of Shia mosques, Imam Bargahs and localities.

Sindh, Punjab, KPK and Gilgit Baltistan have been high alerted in this regard. 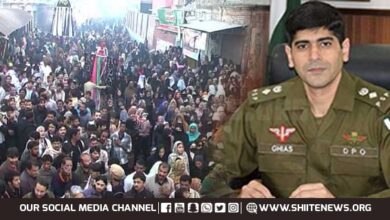