He demanded Supreme Court to immediately release order for the true and fair investigation of the incident of Ashura and Arbaeen. He also demanded the government to immediately take action against the terrorist involved in the three consecutive blasts on the Mourners of Imam Husssain (a.s) and reveal the actual enemies of Shiite. He said that proper investigation of genocide of Shiite should take place and terrorists who were involved in blasts should get arrested and revealed in front of Millat e Jaffria otherwise Government will be responsible for situation he added. 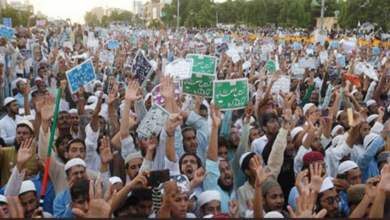