Holding the yesterdayâ€™s mishap as a tragedy, Sindh Home Minister Zulfiqar Ali Mirza on Saturday requested the people of Karachi to stay peaceful and offer the law enforcers time to investigate into the yesterdayâ€™s mishaps. Â It may be noted here that the Jafaria Alliance President Allama Abbas Kumaili along with other shia organizations leaders were given the 48 hours ultimatum to Sindh Government to arrest the culprits involved in the twin bomb blast and killing of mourners of Imam Hussain (AS) and warned that they would besiege the Chief Minister House in case of government failure. According to the Shiite News Correspondent, Sindh Home Minister said Central procession of Arbaeen (Chehlum) Imam Hussain (AS) was the main target of the terrorists but due to the high security terrorists were failed to enter in the Central procession of Chehlum Imam Hussain (AS). Talking to the media, He said that Police were arrested the some suspect terrorist and asked the people to support law enforces to detain terrorists. He said that it is incumbent on every Pakistani to keep t heir eyes and ears open and help the law-enforcers to capture the saboteurs. Talking to media, he said the miscreants, having failed to enter the main procession area, exploded the bus and anticipated that the injured would be taken to nearby hospital so they planted bombs there as well. It is not possible that every car and a motorbike could be scanned, as thousands vehicles ply on Karachi roads, he said. The home minister defended the performance of sniffer dog, saying that the explosives were packed in a sealed container, due to which the sniffer dog could not detect it properly. Mirza said Pakistan is at war against terrorism, vowing the government will continue this war until its logical end. â€˜The investigations do take time, and I cannot say anything about the evidences for the moment on security reasons,â€™ he said. It is premature to declare a foreign hand behind the yesterdayâ€™s twin bombings, he added. 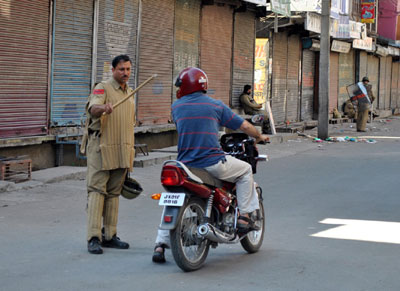