Pakistan witnessed a countrywide â€˜Labbaik Ya Rasoolullah (PBUH) Ralliesâ€ on Friday that were staged to protest against the blasphemous movie â€œInnocence of Muslims.â€
Majlis-e-Wahdat-e-Muslimeen, Shia Ulema Council, Imamia Students Organisation, and other parties and groups staged protest in Karachi, Hyderabad, other parts of Sindh province, Lahore, Rawalpindi and other parts of Punjab province, Gilgit-Baltistan, Quetta, Parachinar and Peshawar.

â€œUnited States and Zionist Israeli regime are involved in producing the blasphemous movie and it is unpardonable crime,â€ said Maulana Sadiq Raza Taqvi, an official of the MWM speaking at the Karachiâ€™s main rally.

Thousands of Shia Muslims gathered outside Jamia Masjid al-Mustafa (S.A.W.W.) after Friday prayers. They marched from Abbas Town to Abul Hassan Isfahani Road raising slogans against the United States and Zionist Israeli regime. They were chanting: Labbaik Ya Rasoolullah (PBUH), Our lives are sacrificed for the sanctity of Prophet of Islam and Hang the culprits who produced the blasphemous film, Down With America, Down with Israel.

They were also carrying the banners and placards inscribed with the slogans condemning the producer, writer and actors of the movie.

Maulana Sadiq Taqvi said that they have made the holiest person in all of creation the target of their disgusting nonsense and it is enough to disgrace those who have committed this great crime and sin.

Maulana Shabbir ul Hassan Tahiri, another scholar, said that this wicked move is result of the hostile policies of Zionism, America and other leaders of the arrogant powers, who are vainly trying to make young generations in the Islamic world lose respect for what is held sacred.

â€œThese enemies of Islam and humanity are trying to extinguish religious sentiments of Muslims and in particular the Muslim youths,â€ he said.

The MWM leaders said that if American politicians are sincere that they are not involved, they should duly punish the perpetrators and the financial backers of this hideous crime, who have filled the hearts of Muslim people with pain.
They praised worldwide Muslim reaction to the sacrilegious movie and urged Muslims to remain vigilant against the conspiracies of the enemies of Islam.

They announced that a huge rally will be staged on Sunday and the protestors will march up to U.S. Consulate to register their protest against the movie. They warned that the government would be held responsible if they created hurdles in the way of the peaceful protestors.

Shia Action Committeeâ€™s head Maulana Mirza Yousuf Hussain and Ali Ousat, addressed the protestors outside Masjid-e-Noor-e-Eeman. They also lashed out at the U.S. and Israel and all those responsible for producing the movie.

Another rally was staged in Malir. Maulana Zulfiqar Jafri led the protestors. He and Syed Sajjad Akbar demanded of the government to expel the U.S. ambassador and the diplomats forthwith to express solidarity with the worldâ€™s Muslims. 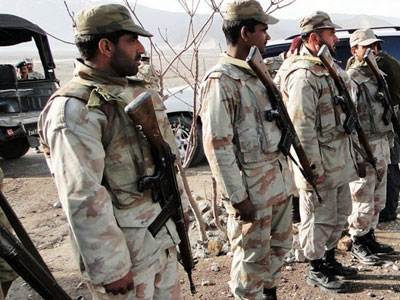