He said that Ahmed Nawaz was mastermind of suicidal attack on District Police Office on January 14 and on the vehicle carrying DSP Ghafoor Khan and Salahuddin on March 4.

The DPO showed video proof in which the suicide attackers were shown getting training for the attack in the area of Luni and they were wearing police uniform and suicide jackets at the house of Ahmed Nawaz.

He said that the arrested mastermind of suicidal attack hails from Imran Gandapur group of Lashkar-e-Jhangvi and Tehrik-e-Taliban Pakistan.

Hundreds of Shiites have so far been murdered in Dera Ismail Khan. Their funerals were also attacked. Dozens of police officials were killed in LeJ terrorist attacks. It remains to be seen how many terrorists are arrested on the pointation of Ahmed Nawaz. 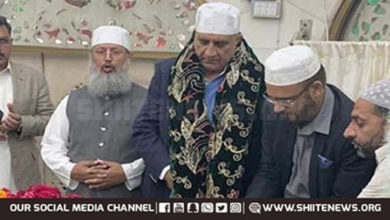 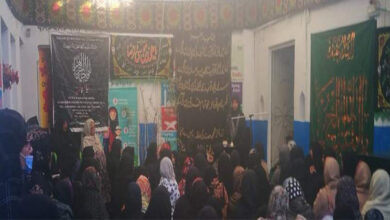