Prime Minister Shehbaz Sharif is set to undertake a two-day visit to Saudi Arabia starting from Monday to attend the “Davos in the desert” summit – an initiative of Saudi Crown Prince Mohammad bin Salman to expand the Kingdom’s role beyond oil in the global economy.

Hundreds of delegates from around the world including government officials, business leaders and even CEOs of American companies are attending the two-day Future Investment Initiative summit in Riyadh. The conference will kick off on Tuesday.

Official sources confirmed that Prime Minister Shehbaz is visiting Saudi Arabia on the invitation of Saudi crown prince. He will attend the two-day conference and is scheduled to meet the Saudi leadership.

The Davos in the desert is taking place at a time when Saudi Arabia and the US clashed over Riyadh’s move to cut oil supplies despite request by President Biden to the contrary. The US officials were not invited to the investment summit, according to the organisers. However, 400 CEOs from different American companies will be in attendance. A strong Chinese delegation will be in Riyadh highlighting Saudi Arabia’s push to diversify its options and look beyond the West.

Pakistan considers the conference as an opportunity to draw world’s attention towards the climate-induced floods.

Shehbaz is visiting Saudi Arabia as the Saudi crown prince is also planning to visit Pakistan next month. Prime Minister Mohammad bin Salman is expected to travel to Islamabad next month on a crucial visit Pakistan is hoping will lead to yet another financial bailout package from the oil-rich Arab nation.

Though officials are tightlipped and not sharing details of the visit, sources confirmed to The Express Tribune that the two countries were in touch to prepare for the visit. Foreign office did not respond when asked to confirm the visit.

There are reports that the Saudi crown prince may make a stopover in India on his way to Indonesia in mid-November, to meet with Prime Minister Narendra Modi. The visit is expected to last a few hours on November 14, and both leaders are expected to depart for Bali to attend the G-20 summit there on November 15-16, according to Indian media.

While MBS is keen to travel to Islamabad, there are concerns that the visit may be delayed or put on hold if Imran Khan decided to launch the much-anticipated long march against the government.

Prime Minister Shehbaz Sharif invited the Saudi de facto ruler on a visit to Pakistan when he visited Saudi Arabia in July.The visit comes at a time when the coalition government led by Shehbaz is facing an imminent long march of former prime minister Imran Khan and when Saudi Arabia is involved in a diplomatic row with the United States over the recent cut in oil supplies by major exporting countries.

Pakistan in a surprise and significant move took a public stance on the US-Saudi row and backed Riyadh’s position.

“To me it was quite unprecedented and surprising when Pakistan took a public position on an issue where we don’t have any direct role,” commented a policy expert, who previously worked with the government to bring investment in the country. He requested not to be named because of the sensitivity of the issue.

But the statement in favour of Saudi Arabia at this juncture may help Pakistan get the much needed financial support from Riyadh.

The US has been furious over the OPEC+ move to cut oil supplies by 2 million barrels a day despite request by President Joe Biden to the contrary.

Biden warned that Saudi Arabia will have to face consequences of the decision and that his administration would revisit the 80-year long bilateral relationship with the Arab country.

Against this backdrop, the visit of the Saudi crown prince would be closely watched. Sources said the government was keen to revive the multibillion dollar investment plan that Saudi Arabia had agreed to do in Pakistan when MBS visited Islamabad in February 2019.

As part of the plan, Saudi Arabia was to set up an oil refinery in Gwadar with an investment of $10 billion. However, the project could not take off due to a variety of reasons including former PM Imran Khan’s certain policy moves that angered the Saudi leadership.

But now Saudi Arabia is willing to revive the project. Pakistan is meanwhile pushing for Pakistan, Saudi Arabia and China tripartite agreement for the oil refinery. It is said that China would provide the necessary financing while Chinese companies would undertake the project.

Also given Pakistan’s precarious economic situation with dwindling foreign reserves, Islamabad is hoping for financial assistance from Riyadh. Saudi Arabia has already rolled over $3 billion that Pakistan was supposed to repay in December. 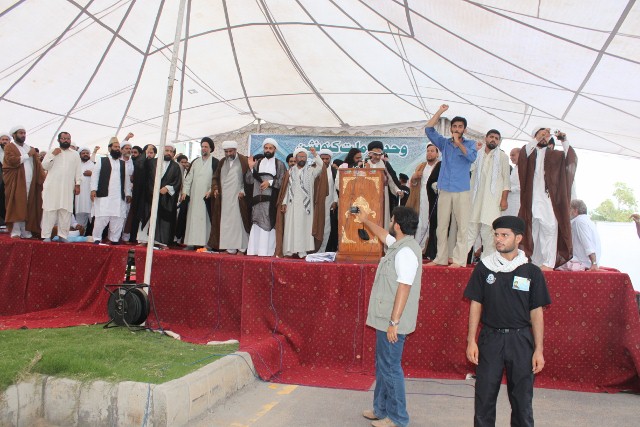 Shia Muslims are observing Muharram with religious reverence across Pakistan