Shiite News: Allama Sajid Ali Naqvi also announced a nationwide day of protest against Israeli aggression on Friday, May 21. The Council of Shia Ulema of Pakistan on the appeal of Allama Syed Sajid Ali Naqvi has declared a nationwide day of protest on Friday, 21st May, 2021 against the massacre, genocide, atrocities and destruction of young citizens.

A statement issued by the Shia Ulema Council to the media said that after Friday prayers, they will join the nationwide protest and express support to the oppressed and the downtrodden people of Palestine. He also appealed to the nation to celebrate the day of solidarity of the oppressed Palestinians across the country on Friday, 21st May 2021. 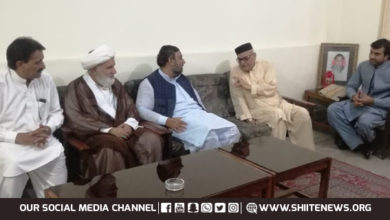