Sit in protest against enforced disappearance of Shias heading to 10th day.

Protest under the aegis of Joint Action Committee for Shia Missing Persons continued on the nineth consecutive day on Saturday.

Since April, 02, 2021, the families have been protesting at the sit-in outside mausoleum of founder of Pakistan Mohammad Ali Jinnah.

Meanwhile, Maulana Aqeel Moosa, one of the leaders of the Committee addressed the protesters at the sit-in venue.

He reiterated demand for end to enforced disappearance immediately.

He further said that Shia Muslim community of Pakistan is the most peaceful law-abiding community of the country.

The scholar Dr Aqeel Moosa said that they are demanding rule of the Constitution in Pakistan.

He said that the affected families of the victims of enforced disappearance are carrying Pakistani flags because they are patriot citizens.

Despite unconstitutional enforced disappearances of their near and dear ones, they remain loyal to Pakistan.

However, Maulana Aqeel Moosa made clear that their sit-in protest would continue until the end of enforced disappearance of patriot Shias.

He lamented that victims also included those remained under undeclared unlawful detention for six to ten years.

One of the victims was picked up and put under undeclared and unlawful detention while his wife was pregnant who later gave birth to a child is less than one year old.

Therefore, he reiterated his demand that the families should enjoy legitimate right to know whereabouts of them.

Besides, he suggested that the victims should also enjoy their legal rights if there is any formal charge against them.

He reiterated his viewpoint that they are not demanding relief for any criminal but they are demanding rule of Constitution.

Families of Shia missing persons have set up protest camp  outside mausoleum of founder of Pakistan Quaid-e-Azam Mohammad Ali Jinnah since Friday April 02.

Moreover, they demanded immediate release of all patriot Shias who have been subjected to enforced disappearance anywhere in Pakistan.

The sit-in protest continued under the aegis of Joint Action Committee for Shia Missing Persons. 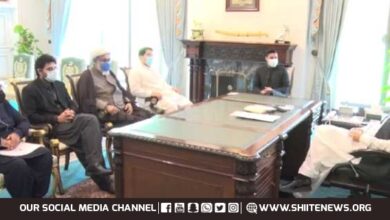 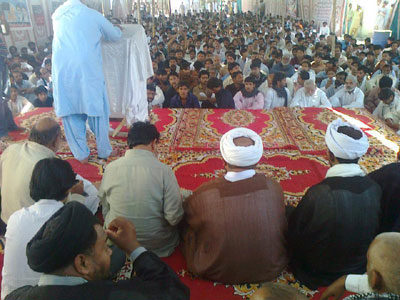 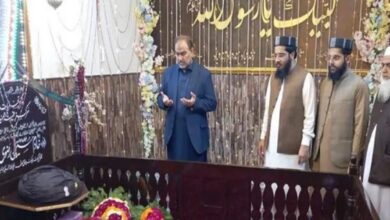 Sipah-e-Sahaba, TLP alliance or New Conspiracy for a blood bath 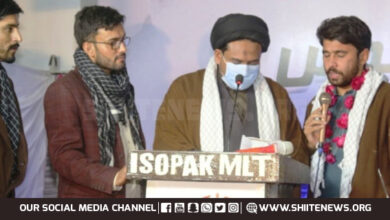