The district Mufti of Mirpur Azad Kashmir religious affairs department who gets salary from taxpayers’ money have issued takfiri decrees and statements.

Ironically, Senior Superintendent of Police Mirpur (AJK) also colluded with him instead of taking legal action against him.

This attack on the constitutionally-guaranteed rights of Shia Muslims compelled the Shia Islamic parties to come out on streets to protest.

That turned into a public meeting at Chowk Shaheehdan.

Maulana Hassan Kazmi spoke on the occasion. He slammed the nexus of the takfiri Mufti and SSP.

He said that the police officer (SSP) Mirpur should have taken action against takfiri decrees of the mufti; instead, he sided with him.

Therefore, the protesters also condemned the biased and discriminatory attitude of the SSP Mirpur also.

They demanded due action against the takfiri cleric (mufti).

Moreover, they made clear that they don’t want to take into their hand. Therefore, they said nobody should consider peacefulness of Shia Muslims as weakness.

Meanwhile, their protest also aimed at expressing solidarity with the protest against enforced disappearance.

On the other hand, main sit-in protest against enforced disappearance of innocent Shia Muslim citizens of Pakistan entered 9th day.

Protest against enforced disappearance of Shias held in Jacobabad 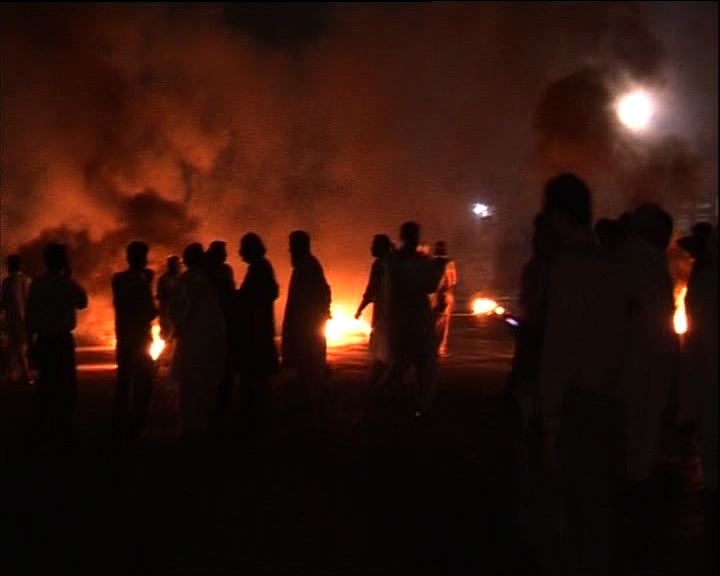