He was addressing a press conference at Karachi Press Club along with the other Shiite leaders. Allama Sajid Naqvi said that the fresh aimed killings and Buldia Town explosion shows the picture of the dangerous circumstances of the state however an autonomous upper level judicial commission be made for the probe into the matter by making 10th Moharramâ€™sÂ  unpleasant incident a test case.

He mentioned that in a result of the sacrifices of the martyrs the extremism, terrorism, violence and target killing will be vanished from the country and the peace, love and unity will prevail adding that the Ashura procession mayhem have dire consequences that doesnâ€™t have any concern with the sectarian violence because the sectarian harmony is exemplary among the sects in the country. He said that the attack was preplanned in which 48 innocents were killed and it could be avoided by providing the fool proof security by the law enforcers saying that the blast was a great conspiracy which was done to destabilize the city economically with unbearable loss. He appealed the government to complete the investigation of the matter as quickly as possible and the exemplary punishment must be awarded to the terrorists who were involved in the event. Maulana Jafar Subhani, Maulana Nazir Abbas Naqvi, Maulana Syed Shenshah Hussain Naqvi, Maulana Ali Muhammad Naqvi were also present in the conference. end.

Rangers, police say they killed 696 suspects in ‘encounters’ in 2015 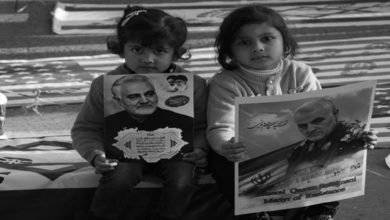 Shia parties will observe Chehlum of Qassem Soleimani in Pakistan