Majlis-e-Wahdat-e-Muslimeen (MWM) Pakistan secretary general said this in his message on the birth anniversary of Imam Ali (AS).

He further said that belief in Wilayah of Hazrat Ali (AS) should require is followers’ practical struggle for enforcing ideology of Maula Ali (AS).

Moreover, he underlined unity among Muslims a dire need of the hours. However, he said that for a strong and durable unity, Muslims need to recognize the status and position of Ahle Bayt as per declarations of Prophet Mohammad (PBUH).

Allama Raja Nasir further said that Muslim regimes would not have bowed to enemies of Islam, had they followed ideology of Imam Ali (AS).

Meanwhile, birth anniversary of Maula Ali Amir al Maumineen being celebrated across the world, including Pakistan.

They celebrate the birth anniversary of Imam Ali with fervor and reverence with mammoth events.

Celebrations began soon after Isha prayers on 25th February which continue till the filing of this report today (Friday).

His followers and admirers celebrate the birth anniversary on 13th Rajab as per Islamic lunar calendar. 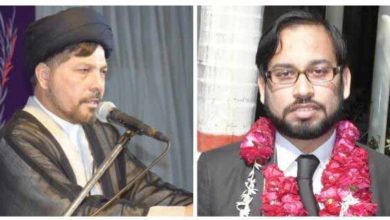 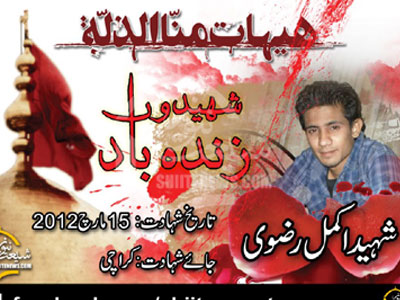