Outlawed Sipah Sahaba ringleader killed after he molested a girl in Punjab province of Pakistan.

He molested a girl who later brought it to knowledge of his maternal uncle.

Reportedly, the uncle found out Nasir Bhutta in a hotel on Jhang-Gojra road where he killed him.

He subsequently escaped the scene.

He is trying his best to use his influence over the PTI government as an ally in the Punjab government.

On the other hand, victims of the Deobandi takfiri nasbi terror outfit Sipah Sahaba (ASWJ-LeJ) Rah-e-Haq Party long for due action.

They asked the human rights organisations to take up the case if the government sides with Muavia Azam.

Ironically, Sipah Sahaba (Lashkar Jhangvi) continue its activities across Pakistan under names such as ASWJ and Rah-e-Haq Party.

Pakistanis stay dismayed due to inaction against them from the concerned State institutions and security agencies. 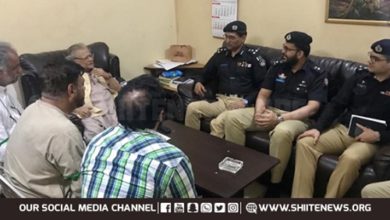