He also lamented lack of action of the federal and provincial governments and police department.

The SUC leader Allama Syed Sibtain Sabzwari asked if this is Imran Khan’s so-called State of Madinah where chauvinist and fanatic cleric desecrate Quran and mosque.

He demanded stern action against the violent extremist cleric (and his followers) who destroyed Shia mosque. He said perpetrators of this blasphemous heinous crime also desecrated Holy Quran.

Moreover, the SUC leader said these terrorists are toeing the line of Indian RSS fanatics in Pakistan.

Outlawed Sipah Sahaba terrorists demolish Shia mosque
They did it in the darkness of night when they stormed the mosque built with bricks. They damaged roof and wuzoo khana, while they also demolished walls.

Meanwhile, Shia Islamic community has slammed Imran Khan-led government of Pakistan and his PTI’s government in Punjab for their failure against hatemongering sectarian thugs. 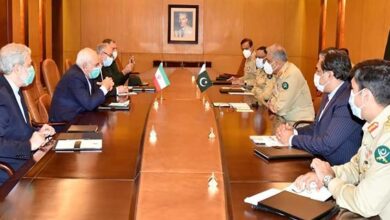