Federal Interior Minister Rehman Malik Monday said that the blast in the mourning procession on Yaum-e-Ashur was not a suicide blast; the 80 to 85 percent investigations in this connection have been completed and its report would come to the fore in a couple of days. Â

Talking to media after attending a high level meeting on Karachi situation, he said Karachi City Government was not found negligent in connection with the Karachi tragedy, adding there is no disaster management infrastructure in the country. The Rangers works in sync with the police but they are not authorized to open fire, he added. Responding a question, he said he does not want to take anybodyâ€™s name; the people having criminal record are involved in the Karachi tragedy, adding someone did cause all this to happen. The federal minister said the people intent on terrorism want to destabilize the country, as these elements consisting of enemies of Pakistan have been doing the same in the past. Commenting on target killing, he said it would not be put up with at all, adding a high level committee has been instituted to review these incidents. He added the common men were made victims in these target killings. The interior minister said police and the Rangers would go on joint patrol in Karachi. 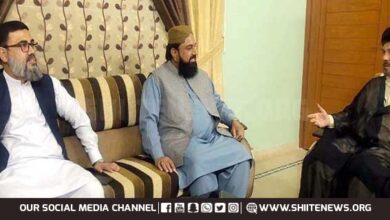