Speakers on the occasion condemn the irresponsible behavior of City Nazim Mustafa Kamal, terming mourners as rioters and miscreants.

Â Speaking on the occasion, Mulana Hasan Zafar Naqvi said that the government must release CCTV footages of 9 April, 12 May and 27 December incident. He said thatÂ the city nazim had seen even few rioters in the footages but heÂ could notÂ see thousands of peaceful mourners in the Ashuraâ€™s procession.

Allama Abbas Kumaili said that the suicide bombers were not linked with any religionÂ or sect. TheyÂ serve to Zionist lobbyÂ and USA. He said that incident ofÂ setting some major markets on fire were an act to undermine theÂ  country’s economy .

Leader of ISO Rehman Shah warned the government that ISO would launched a nationwide protest, if the immediate action was not taken against the culprits who are behind both the incidents. 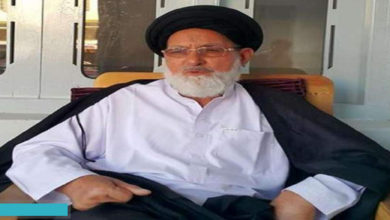