The case of great martyr Mehram Ali must be informed to the world on 22nd martyrdom anniversary today (Tuesday).

His supporters also called his martyrdom his judicial murder.

As a matter of fact, Pakistan’s security establishment failed to punish notorious terrorist outfit Sipah Sahaba’s ringleader cleric Ziaur Rehman Farooqui who had been publicly claiming responsibility for the massacre of Shia Muslims in Pakistan.

He also led pogrom against Shia Muslims across the country and even declared founder of Pakistan and father of the nation Mohammad Ali Jinnah an infidel/heathen.

Unfortunately, he also spoke against Ahle Bayt (AS) and other Islamic sanctities, including Imam Mahdi.

Legally, he himself deserved death penalty for his overt and publicly claiming responsibility of Shia Muslims pogrom.

Someone had carried out an attack on Ziaur Rehman in the premises of the court due to which he lost his life in Lahore.

Later, Pakistani nation witnessed murder of justice when the court wrongly convicted Mehram Ali for murder of a notorious terrorist and killer of dozens of innocent Pakistanis.

The authorities concerned took no action against Sipah Sahaba and none of the terrorists they hanged for their heinous crimes against humanity.

But the person who defended Shia Muslims inalienable rights was hanged.

Due to that reasons, Pakistanis revere Mehram Ali for his morally upright stance against the mother of all terrorism in Pakistan: Lashkar Jhangvi/Sipah Sahaba.

Ziaur Rehman Farooqi was not a law-abiding, not a peaceful nor a pro-peace and nor a moderate Muslim cleric.

Rule of law cannot be established without justice to all citizens with equal rights.

That hanging of Mehram Ali on August 11, 1998 sent a wrong message to the world because Pakistani nation commemorates the historic speech of father of the nation founder of Pakistan Mohammad Ali Jinnah on this day.

“You may belong to any religion or caste or creed — that has nothing to do with the business of the State (Hear, hear). As you know, history shows that in England conditions some time ago were much worse than those prevailing in India to-day. The Roman Catholics and the Protestants persecuted each other.

“We are starting with this fundamental principle that we are all citizens and equal citizens of one State. (Loud applause.) The people of England in course of time had to face the realities of the situation and had to discharge the responsibilities and burdens placed upon them by the government of their country and they went through that fire step by step. Today you might say with justice that Roman Catholics and Protestants do not exist: what exists now is that every man is a citizen, an equal citizen, of Great Britain and they are all members of the nation.

“Now, I think we should keep that in front of us as our ideal and you will find that in course of time Hindus would cease to be Hindus and Muslims would cease to be Muslims, not in the religious sense, because that is the personal faith of each individual, but in the political sense as citizens of the State.”

Ziaur Rehman Farooqui and his predecessor Haq Nawaz Jhangvi and successors Azam Tariq lost their lives, while Muhammad Ahmed Ludhianvi and Muavia Azam and their terror outfit continues to follow their violent hatemongering ideology to date.

That discrimination must end now. Lahore-based clerics and their allied speaker Punjab Assembly Chaudhry Pervaiz Ilahi are seeking to impose their beliefs upon other Pakistanis. That has to stop. 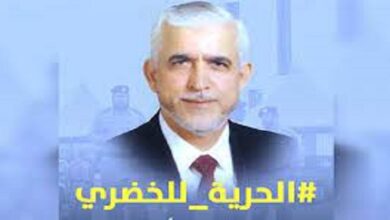