The United States is reportedly putting pressure on Pakistan to allow Washington to establish intelligence bases in the countryâ€™s Balochistan province to gather intelligence on Iran, Indian media reported on Wednesday.

According to a report published by The Times of India, the US Congress has been discussing a resolution to recognize the right of Baloch people to self-determination as a means of putting pressure on Islamabad to give in to the US demands.
The move elicited angry reactions from Pakistanâ€™s top leaders including Prime Minister Yousuf Raza Gilani who described it as an attack on the countryâ€™s sovereignty.
Pakistanâ€™s foreign minister, Hina Rabbani Khar, also said though the resolution was an isolated move by a few individuals, it â€œis contrary to the principles of the UN Charter and international law.â€
The report said that three officials, two from the security agencies and one from diplomatic circles, confirmed that American diplomats and military leaders have been requesting for permission to allow their agents to operate near the Iranian border in Balochistan.
â€œThe outburst in America for Balochistanâ€¦is part of the move [by the US] to set up intelligence bases close to the Iranian border,â€ an unnamed Pakistani official was quoted by the paper as saying.
The official indicated that the Congressional hearing and resolution were nothing but â€œpressure tactics.â€

â€œThey [Americans] want to use our soil against Iran, which we can never allow,â€ he added.

Meanwhile, two officials from Pakistanâ€™s security agencies and one from diplomatic circles confirmed to the daily that the American diplomats and military leaders had requested permission for their agents to operate near the Iranian border in Balochistan.

The revelation came a few days after the US House of Representatives blamed Pakistani security agencies for the abductions and extra-judicial killings in Balochistan.

This is not the first time that the United States has made efforts to spy on Iran.

On May 30, 2011, the members of a CIA espionage and sabotage network were arrested by the Iranian Intelligence Ministry.

On November 24, Iran announced the arrest of a dozen other CIA spies, who were found to have been on a mission to sabotage the countryâ€™s nuclear facilities and other important compounds.

Another CIA espionage network with 12 members was busted in Iran and Lebanon in cooperation with the Lebanese resistance movement of Hezbollah.

On December 4, Iranian Armyâ€™s electronic warfare unit downed a US RQ-170 Sentinel stealth aircraft when flying over the northeastern Iran city of Kashmar, some 225 kilometers (140 miles) away from the Afghan border.

Two US officials, speaking on condition of anonymity, confirmed that the drone had been part of a CIA reconnaissance mission, involving the United. 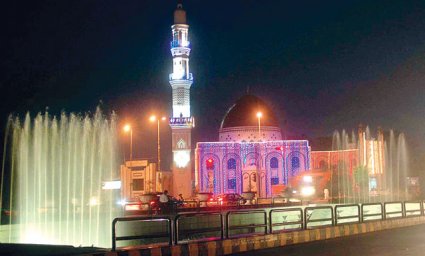