Shia Ulema Council protest day for Qassem Soleimani on 10th January to be held to condemn US illegal airstrikes.

The SUC Sindh chapter president made this announcement while addresing a press conference at Sukkur Press Club.

Allama Nazir Taqvi further said that assassinations of legitimate state actor in unlawful airstrikes made it clear that US poses serious threat to Islamic world.

Moreover, he said Muslims must unite against common enemies and illegitimate role of US.

Apart from protest outside US diplomatic missions, Pakistanis held joint and separate rallies across the country.

They condemned the illegal US airstrikes that assasinated Haj Qassem of Iran and Abu Mahdi Mohandis of Iraq.

Furthermore, they urged Pakistan government to raise voice against US, Israel, India and Saudi Arabia.

Meanwhile, they said enemies of Muslims and humanity joined hands against oppressed people of Palestine and Middle East.

Both of them enjoyed legitimacy and played legitimate role. Hence, US Baghdad airstrikes amounted to an attack on Iraq sovereignty in violation of international law.

120 veteran scholars and mashaikh demand govt to join anti US bloc of Muslims.

In this regard prominent muftis, senior scholars and custodians of shrines issued a joint statement after a meeting.

Specially, they demanded that Pakistan government must oppose US bloc and its terrorism.

The eminent Muslim scholars belonging to various schools of thought met under the aegis of Ummat-e-Wahida Pakistan.

They strongly condemned US and Israel for Baghdad airstrikes. 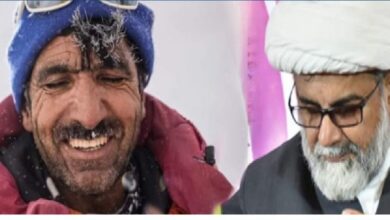