Syrian Prime Minister Wael al-Halqi has expressed thanks to “friendly” nations, particularly Iran and the BRICS group of emerging powers, for diplomatic “victories” achieved by Damascus while resisting a foreign-backed war of insurgency.

“Relations between Syria and Iran are strong and tough, as well as ties with other friendly countries including Russia and the BRIC countries (China, Russia, India and Brazil),” the Syrian premier said on Tuesday.

Al-Halqi further hailed Moscow and Beijing’s decision to block three UN Security Council resolutions proposed by western nations in an attempt to pressure the Syrian government and said, “With such stands, Syria won diplomatic victories in the previous period.”

The Syrian official also pointed to a decision by President Bashar al-Assad to adhere to the Chemical Weapons Convention (CWC), stressing “The support of friendly countries in the world headed by Russia, China and Iran allowed us to set in motion the agreement on the destruction of the chemical industry.”

Damascus joined the CWC following a Russian proposal for Syria to place its chemical weapons under international control.

On September 27, the UN Security Council approved a resolution supporting a Russia-US deal to destroy Syria’s chemical weapons by mid-2014. The deal was reached after Moscow offered Syria to place its chemical weapons arsenal under international supervision and Damascus accepted the proposal.

The resolution prevented a US military strike on Syria under the baseless pretext that the Syrian government had been behind a fatal chemical attack on the outskirts of Damascus on August 21. Damascus strongly rejected the allegation.

The Syrian prime minister further expressed hope for more “victories in the future,” particularly in the upcoming peace conference, known as Geneva II, which is expected to be held in the Swiss city of Montreux, near Geneva, on January 22, 2014. 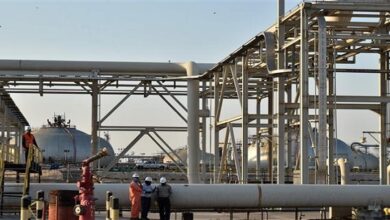 Syrians will defeat terrorism by themselves: Official