The Syrian President Bashar al-Assad warned on Monday that the European countries will â€œpay the priceâ€ if they send weapons to the opposition militant groups inside Syria.

â€œEurope will pay the price as its depth will turn to be fertile ground for terrorism in case the Europeans send weapons to the militant groups in Syria,â€ he told the German daily Frankfurter Allgemeine Zeitung.

Noting that Europeans adopt a hostile attitude towards the Syrian government, especially France and the UK, the Syrian President stressed that arming the militant groups in Syria will transfer terrorism to Europe.

â€œThe militants will return to their countries with extremist ideology and high battle skills,â€ he said.

On the relations with France and Britain, Assad expressed beliefs that the two states have a problem how to deal with â€“ in their opinion â€“ the disturbing Syrian role in the region.

â€œThey, along with the U.S., look for puppets that enforce their interests and we refused to be as such. We’ve always been independent and free. France and Britain are historically colonial powers. Probably they have not forgotten that. They act in this region through representatives and collaborators.â€

â€œWhat is happening in Syria is a chance for those states to push a non-submissive state towards the brink and to look for a new president who says â€˜yesâ€™ (to their orders). They have not found and they will not find in the future,â€ Assad stressed.

Regarding the situation on ground, the Syrian President confirmed that what is going on is not a war of an army against another army.

â€œOur army instead acts against gangsâ€¦ The hunt for the terrorists has a high price. We have no doubt that we will eliminate the terrorists on our soil completely, he promised, reiterating that the real problem is the destruction created.

Assad also slammed that accusations that the government is responsible for the destruction, recalling that it started reforms prior to the protests that were claimed to be peaceful.

â€œWhat the West doesnâ€™t want to see is the following scene: Even in the first week of demonstrations there have been police martyrs. How could it happen that police officers were killed during peaceful demonstrations? Among the protesters there were armed men who were shooting at the police. Sometimes they were in places far from the demonstration, and from there they were shooting at demonstrators and policemen, so one might assume that one side had opened fire on the other.â€

Fielding a question on foreign troops fighting for the Syrian Army, Assad noted that mass media try to convey the image that the Lebanon Resistance of Hezbollah is fighting in Syria because the Syrian army is weak, but â€œthatâ€™s an exaggeration,â€ he believed.

â€œIn fact, we won great victories in a few months in different regions, which are perhaps more important than al-Qusayr. But they havenâ€™t been reported. No one else is fighting in such areas as the Syrian army. There are also local vigilante groups which defend their own areas together with the army. That is one reason for our success.â€

Anwsering a question on whether any insurgent is believed to be a terrorist, the Syrian President stated that it is illegal in all countries to carry weapons to kill innocent people, to terrorize citizens, to do harm and to steal.

â€œIn all countries of the world, anyone who carries weapons – except armed forces and police – to harass and kill people, is defined as terrorist, and armed people in Syria are carrying weapons just to do that. Whether he has an extremist or criminal motive, the terrorist deserves the name. Therefore, we distinguish between terrorists and the opposition, which is political and has a political program. Killing and slaughtering are nothing but terrorism,â€ the Syrian President elaborated.

Assad predicted that the crisis could take a long time due to â€œthe external factor that is trying to prolong it politically and militarily.â€

Fielding a question on whether Syria conflict might shift to the neighboring countries, he said that the conflict has a domino effect that no one could control.

â€œIt may be that one of the major powers initiates this process, but no one will be able to stop it at a certain point. There are today in the Middle East new social boundaries – religious and national, in addition to the policy limitsâ€¦ No one can imagine the new regional map. It will probably be a map for innumerable wars in the Middle East and possibly elsewhere, which none can stop it.â€

On the foreign interference, the Syrian President said there is a big difference between cooperation among states and the interference in the internal affairs of a state with the intent to undermine its stability.

“States shall cooperate in a will to ensure their sovereignty, independence, freedom of their decisions and their stability. The relationship between Syria, Russia, Iran, and other countries that are on the Syrian side, is a relationship of cooperation which is guaranteed and protected by international lawâ€¦ The interference is a blatant violation of international law and the sovereignty of the country; they (western states) want to destabilize the country and spread chaos and backwardness.â€

Turning to the al-Nusra front terrorist group fighting against the Syrian army and its source of weapons and money, Assad believed the group is a branch of Al Qaeda which represents the same ideology.

â€œYou can find it in Syria, Iraq, Lebanon and Jordan,â€ he said to the German journalist.

â€œFunding is provided primarily by anonymous individuals and organizations with same ideology. They have huge amounts of money and weapons. The donations will go directly to al-Nusra front, it is difficult to track down sources and customers of these resources. Al-Nusra front aims at the establishment of an Islamic state and is mainly based on the Wahhabi creedâ€¦It wants Islamic law. This is a misleading and distortion of Islam. On Youtube you can get an idea about their barbaric actions. The Belgian TV showed recently how an innocent man was beheaded with an ax. The members of al-Nusra front come from Syria, other Arab and Islamic states and from Europe,â€ he pointed out.

â€œWestern media reported that 50,000 civilians were in al-Qusayr. The number of inhabitants was originally much smaller. As the terrorists seized the town, the inhabitants left it. We found almost no civilians when we moved in al-Qusayrâ€ before the fights broke out.

â€œThis is evidenced by the fact that most of the victims are members of the military. The civilians who were killed are victims of terrorists who were executed, enforced and used as human shields. Large numbers of civilian victims were killed by suicide attacks and car bombs,â€ Assad added.

In a related context, Assad denied the U.S, British and French allegations that the Syrian Army had used chemical weapons in its military operations.

â€œThe White House announced that 150 deaths occurred in a period of one year. Militarily, conventional weapons can kill in one day a lot more than that number. Weapons, which are used for mass destruction, are capable of killing hundreds of thousands at once. For this reason they are used. It is therefore illogical to use chemical weapons to kill a number of people that can be achieved by using conventional weapons,â€ he said confidently.

â€œWe have not said that we possess chemical weapons, or that we do not possess. Chemical weapons are weapons of mass destruction. Had Paris, London and Washington have only one evidence for their claims, they would have submitted this to the world,â€ he went on to say.

Regarding the dialogue with the Syrian opposition, Assad said that he will sit down at a table with all opposition groups which carry no weapons, do not support terrorism and have a political program.

â€œThe opposition has to prove itself in electionsâ€¦ We are dealing with forces that call themselves opposition. Here we ask two questions: What is their popular base? And what is their political program? Accordingly we act.â€

About the political solution for the Syrian crisis, the president voiced that there will be no problem if the opposition acts independently and nationally.

â€œYet, the opposition abroad presents its reports to Western foreign ministries and their intelligence apparatuses,â€ he believed.

â€œThe side which funds them provides them with the decisions. For us, opposition means to represent a part of the population and not a foreign state. To be a genuine opposition, you have to live on the Syrian soil with its people as well as its problems and needs of life. Only then, this opposition can be part of a political process.â€

Assad expressed hopes that the Geneva Conference will be an important station to advance dialogue in Syria and to ban weapons being smuggled to the country and terrorists being infiltrated.

â€œA political solution is based on stopping the smuggling of terrorists and weapons into Syria. We hope that the Geneva Conference begins with this pointâ€¦ Without this result, the conference would not succeed.â€

Britain and France reconsidered sending arms to the militants in Syria as they both lifted the arms embargo on the opposition militant groups.

U.S. had already decided to provide the militants in Syria with developed weapons, but Secretary of State declared that no official steps will be taken before G8 summit. 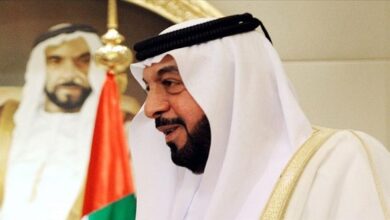 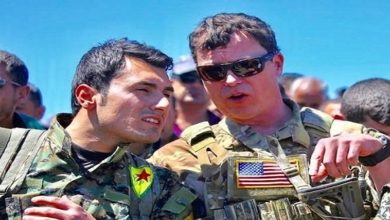